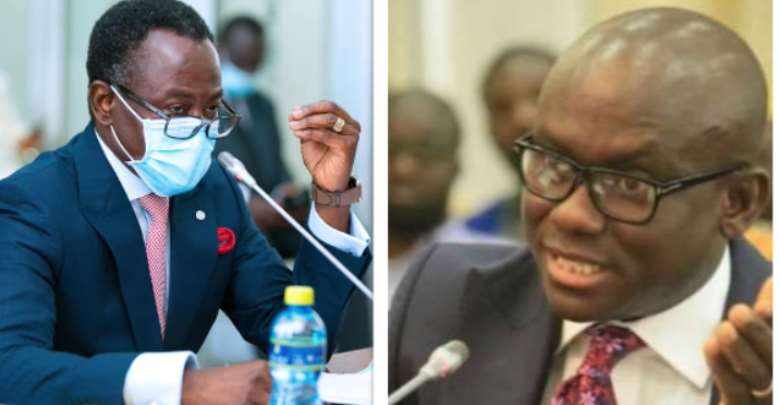 President Nana Akufo-Addo has celebrated two of his favourites, a Justice of the Supreme Court, Yonny Kulendi and Attorney General Godfred Yeboah Dame for rising through the ranks to now occupy sensitive positions in the state.

Mr Akufo-Add indicated that he was proud of the two gentlemen that he trained at his law firm Akufo-Addo, Prempeh & Co.

Speaking at an international conference on anti-corruption which was attended by Justice Kulendi and Godfred Dame, in Accra on Friday, December 10, he wished them well and said he expected them to deliver creditably.

“Permit me at the outset to pat myself a little bit on the back here.

“I must have been doing something right in my other life. When I see today, the two of my protégés, Yonny Kulendi and Godfred Dame both members of Akufo Addo, Prempeh & Co are occupying two important and sensitive positions in our state, Justice of the Supreme Court and Attorney General.

“I wish them well and I have every confidence that they will discharge their offices with credit.”

Mr Akufo-Addo nominated the two gentlemen for their respective positions for confirmation by the Appointments Committee of Parliament.