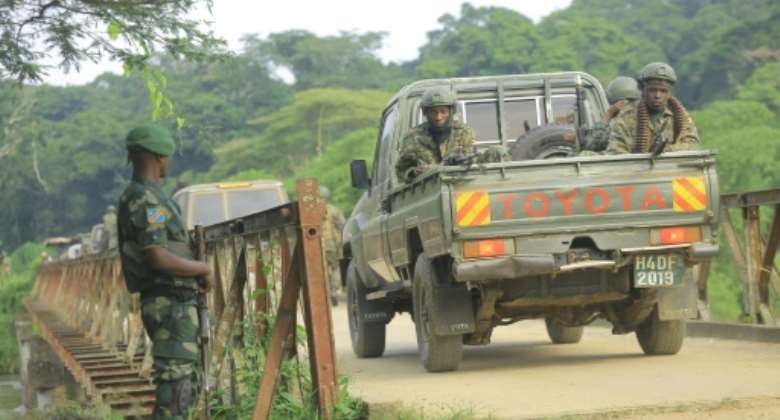 Monday's speech was the first time the DR Congo president had officially mentioned the presence of Ugandan troops. By Sbastien KITSA MUSAYI AFPFile

Ugandan troops will spend no more time in the Democratic Republic of Congo helping to fight rebels than "strictly necessary", President Felix Tshisekedi pledged on Monday in an annual address on the state of the nation.

The two neighbours launched artillery and air strikes on November 30 against the Allied Democratic Forces (ADF), accused of massacres in DR Congo and bombings in Uganda.

The offensive against the deadliest militia in the east of the DRC has seen 34 rebels captured, 31 hostages freed and four enemy camps destroyed, the two armies said on Saturday.

The situation on the ground remained calm since the operations began, their statement said.

"With our parliament duly informed, I will limit these operations, the presence of the Ugandan army on our territory, to the amount of time that is strictly necessary," the president said in the address at parliament.

The speech was the first time Tshisekedi had officially mentioned the presence of Ugandan troops in his country.

Map showing the zone of activity of the armed group Allied Democratic Forces ADF, in the Democratic Republic of Congo.. By Cla PCULIER AFP

After 25 years of violence, he had put the eastern provinces of North Kivu and Ituri under a "state of siege" in May, when soldiers replaced civil servants in key positions.

The president said "no effort will be spared to restore peace and security".

He noted that the ADF also operate in Uganda and the joint border area and said the state of siege had "moved the lines" and seen former enemy bastions recaptured.

Established in eastern DRC in 1995, the group became the deadliest of scores of outlawed forces in the troubled region where thousands of civilians have died.

Uganda moved against the ADF with DR Congo's consent after accusing it of a string of recent attacks on its soil that have been claimed by the Islamic State group (IS).

The notion of Ugandan troops operating on DRC soil is controversial in a country where many recall the role of Uganda and Rwanda in stoking past instability in the east of the country.

Since April 2019, some ADF attacks in eastern DRC have been claimed by IS, which describes the group as its Islamic State Central Africa Province offshoot.

In March, the United States placed the ADF on its list of "terrorist" organisations linked to IS.