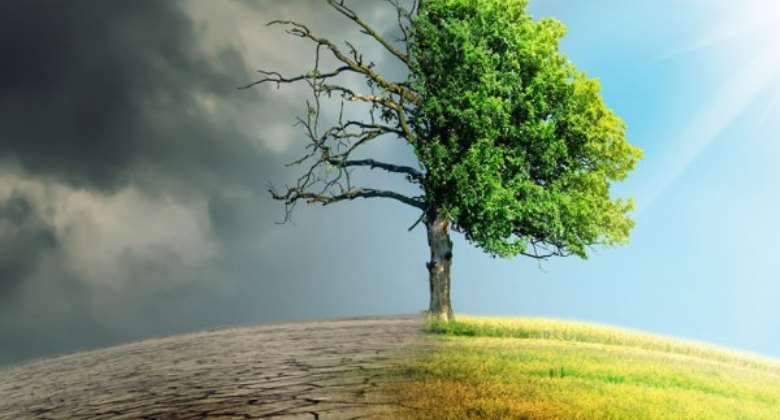 The President of Abibinsroma Foundation, says the developed world whose actions have plunged the world into a climatic dilemma have failed to offer leadership to end the near apocalyptic mess.

Mr. Kenneth Amoateng observed that the just ended COP26 meeting in Glasgow, Scotland failed to get the needed commitment from the advanced nations in setting up a concrete roadmap in ending dependence on fossil fuel which was a major contributor to climate change.

In an interview with the Ghana News Agency (GNA), he called for the need to help alleviate the suffering of communities which are mostly affected by of climate change.

According to him, “The outcome of COP26 has not reflected the urgency and solutions that were needed to address the lifeline of millions of people living in a permanent state of crisis, losing their lives, livelihoods and homes as a result of climate impacts caused by rich polluting countries and corporations.

“Communities are experiencing droughts and flooding which is causing loss of livelihoods and destroying farmlands and homes. This makes loss and damage an issue for us.” Mr. Amoateng observed.

He insisted that communities needed to build adaptive capacity to the changing climatic conditions they were exposed to, observing that adaptation was key issue for all.

Mr. Amoateng also said climate actions needed funding support for poorer nations to be able to build resilient communities and reduce emissions from the energy and transport sectors which were the major emitters in Ghana.

Re-echoing the frustrations of the underdeveloped world, Mr. Amonang said, “We came to this COP with the hope that world leaders will respond to the needs of vulnerable peoples and communities of the world.

The signs are clear. We are now in the era of Climate Impacts. Loss and Damage caused by climate change is happening already. Climate change is destroying lives and communities now, yet you political leaders failed to respond to the plight of such communities, he informed.

Mr. Amoateng told of this extreme disappointment regarding the attitude of the developed world regarding the subject of climate change and also the lack of will on the part of the developing countries in the face of pressure which makes them not to act in the interests of their citizens.

In that regard, he said incremental progress was not good enough, rather, “What we need is concrete commitments to fight the climate emergency. This includes a rapid and equitable phase out—not phase down—of all fossil fuels projects through a just energy transition and revisions of national climate targets in line with the 1.5 temperature goal.

“We will continue fighting for climate justice. We will do this at home and at the African COP27. That COP, held in a climate vulnerable region, will have to be one that delivers for the vulnerable.” He affirmed.