By David Coffey with RFI
China 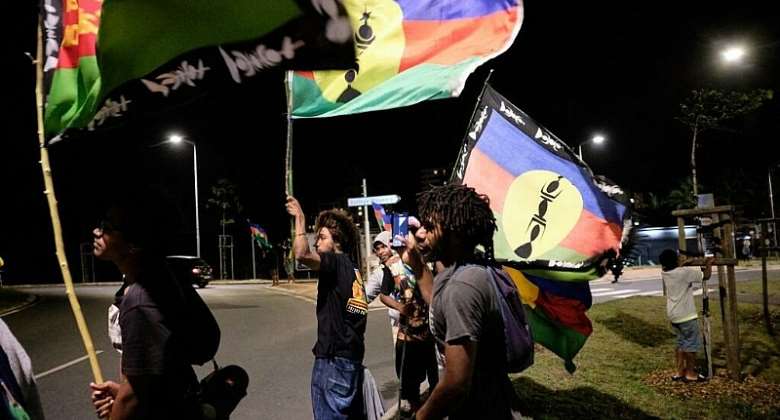 France's Pacific territory of New Caledonia goes to the polls this Sunday for a third and final referendum on independence with observers saying China has its eye on bringing the archpelago into its sphere of influence.

The French overseas territory, some 2,000km east of Australia was allowed three independence referendums when the Noumea Agreement was ratified in 1998 aimed at easing tensions with the indigenous Kanak population.

Having rejected secession from their former colonial masters in 2018 and then again in 2020, the territory's 185,000 voters will be asked one last time: "Do you want New Caledonia to accede to full sovereignty and become independent?"

Sunday's vote comes against the backdrop of increasingly strained ties between Paris and its allies in the region.

France regards itself as a major Indo-Pacific power thanks to overseas territories like New Caledonia.

Australia infuriated France in September by ditching a submarine contract in favour of a security pact with Britain and the United States.

Behind the recent spat looms China's growing role in the region, with experts suspecting that an independent New Caledonia could be more amenable to Beijing's advances, which are partly motivated by an interest in the territory's mining industry.

China waiting in the wings

Some observers say that if the French safeguard disappears China would move quickly to establish itself permanently in New Caledonia.

Other nations in the Melanesia region - including Fiji, Vanuatu, the Solomon Islands and Papua New Guinea - have already become "Chinese satellites."

Pro-independence campaigners are boycotting Sunday's vote, saying they want it postponed to September because "a fair campaign" is not possible while coronavirus infection numbers are high.

The French government has rejected the demand, saying the virus spread had slowed down with the infection rate down to a relatively modest 80 to 100 cases per 100,000 people.

The pro-independence movement has still threatened non-recognition of the referendum outcome, and vowed to appeal to the United Nations to get it cancelled.

Meanwhile, the pro-French camp has called on its supporters not to be complacent and cast their ballots. This, amid fears that the pro-independenc boycott of the polls may prompt people to stay at home since victory may look like a foregone conclusion.

In June, the various political parties agreed with the French government that Sunday's referendum, whatever its outcome, should lead to "a period of stability and convergence" and be followed by a new referendum by June 2023 which would decide on the "project" that New Caledonia's people want to pursue.

But hopes for a smooth transition were jolted when the main indigenous pro-independence movement, the FLNKS, deemed the government's insistence on going ahead with the referendum "a declaration of war".

Observers fear that renewed tensions could even spark a return of the kind of violence last seen 30 years ago, before the feuding parties reached successive deals to ensure the island group's peaceful transition.

Nkoranza youth court case: Police have proven that TV sets a...
51 minutes ago