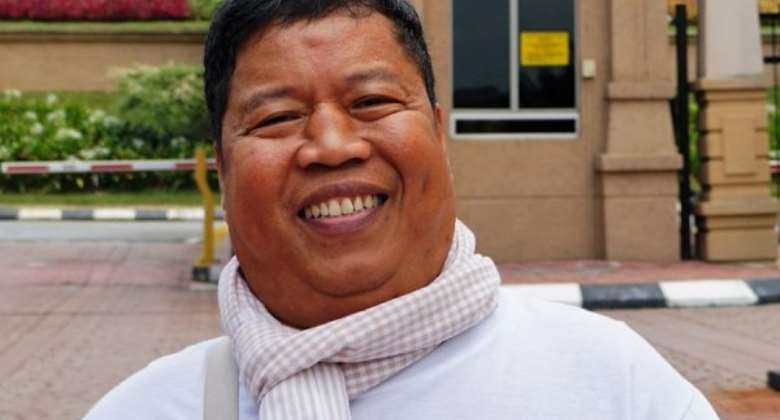 A Filipino journalist who helped cover President Rodrigo Duterte's war on drugs campaign for an international news agency was shot dead in the eastern Philippines, police said on Thursday.

Jesus Malabanan, 58, was shot in the head and declared dead on arrival at hospital in Calbayog City, 482 kilometers south-east of Manila, on Wednesday evening, police said.

Malabanan was a reporter for an English-language newspaper and a television news network in Manila. He was a stringer for the international news agency Reuters and contributed to its reporting on the war on drugs, which won a Pulitzer Prize in 2018.

He was watching television in a small neighborhood store owned by his family in Calbayog City, when he was shot in the head by an unidentified gunman who fled onboard a motorcycle driven by another suspect, a police report said.

Police have yet to identify a suspect or motive for the killing, but colleagues said Malabanan received death threats before he was killed.

"Jess helped Reuters a lot in the drug war stories that won a Pulitzer in 2018," said Manny Mogato, a retired correspondent of the international news agency who was part of the Manila team that worked on the award-winning reports.

Malabanan is the 22nd journalist killed in the South-East Asian country since Duterte became president in 2016, based on a count by the National Union of Journalist of the Philippines.

The Philippines has been ranked as one of the world's most dangerous places for journalists by press freedom groups, including the New York-based Committee to Protect Journalists.