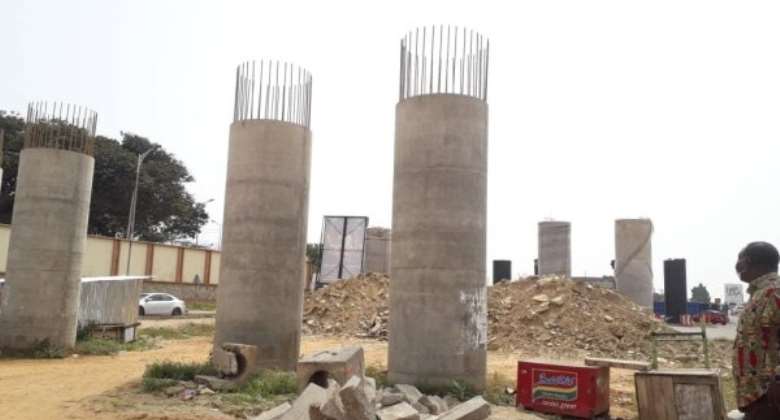 Government is to pay an additional GHC80 million for the completion of the Flowerpot flyover project supposed to be completed in 2018 at GHC67 million.

After a new variation order, the project, which commenced in 2016 and currently at 16 percent complete, is estimated to cost the country about GHC147 million.

The Public Interest Accountability Committee (PIAC) received this information when some members visited the project site near Spintex in Accra, for firsthand information on how GHC3.6 million of oil revenue was used in 2019 to finance the project.

A government official, explained to the team that the project stalled after four months of commencement due to the failure of the Government to honour a certificate that was raised by the contractor.

“…And so, he was awaiting invoices that were raised,” the official told PIAC members.

The official also told PIAC that a new project period had been set from January 2021 to January 2023 as the contractor had agreed to continue with the project after renegotiations.

The Vice-Chairman of PIAC, Mr Nasir Alfa Mohammed, advised that oil revenue should be invested in legacy projects that would have a significant impact on citizens.

“The situation where funds are invested in projects scattered around the country does not make the desired impact on citizens hence making it difficult to assess the impact and track how oil revenue Is being spent.”

The team also inspected the 1.5-kilometer upgrade of the Powerland-Sakora Road in Madina, which was valued at GHC1.49 million with 90 per cent of funding coming from oil revenue.