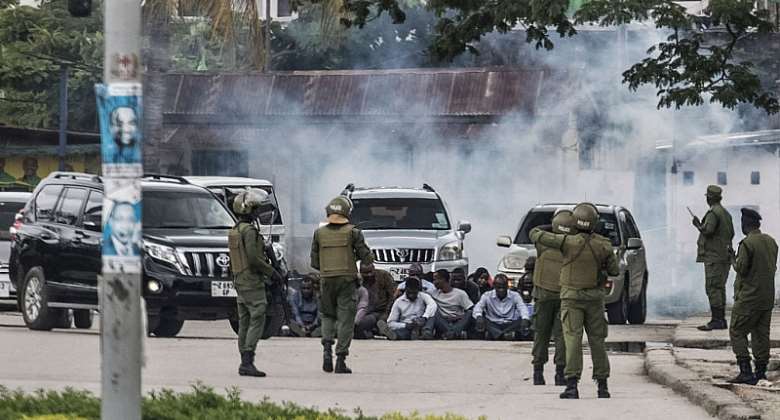 Sixty years after independence, Tanzania is still guided by the path created in its early years, one dominated by an all-powerful ruling party. The line between the state and the party is blurred.

Tanganyika inherited a multi-party political system. But in 1964, the union of Tanganyika and the island of Zanzibar to form Tanzania marked a shift from liberal to more state-centric policies. President Julius Nyerere's administration saw a need for a stronger state in order to defend national interests.

The country faced a combination of international and domestic challenges in the 1970s. They included poor economic policies and the international oil crisis. As a reaction, the state became more insular and sought to further cement the ruling party's hold. In 1976, for example, cooperative societies were abolished, mostly for political reasons which were disguised as economic. The move protected the ruling party's hold on power.

Due to international pressure and the failure of domestic policies, Tanzania had to embark on a liberalisation and democratisation processes. It adopted structural adjustment policies in line with the democratisation trend in African countries after the break-up of the Soviet Union. The country also amended its constitution to allow multi-party politics. A number of political parties were registered in the early and mid 1990s. The elections between 1995 and 2015 were considered credible thanks to the improved democratic space in which opposition parties could participate.

Tanzania's ability to maintain peace and stability since independence has been attributed to the “nation building” efforts of Nyerere. The nation-state is well composed, with no ethnic contestations. It has had a peaceful transition from one president to another and respected term limits without a fuss.

The last six years, however, under President John Magufuli, has exposed the entrenched autocratic system that one-party dominance created. Despite multi-party politics, the line between the state and the ruling party has been increasingly blurred. With the expansion and consolidation of opposition parties, the ruling party has become more autocratic and ready to use state force to keep its grip on power .

This desperation is threatening the peace and stability of the country. Intensified partisan politics has led to polarisation along party lines. Added to this is policy instability due to weak institutions. A situation where personalities can sway important institutions is also a threat to economic progress.

Magufuli's administration also denied the COVID-19 pandemic and refused vaccines. The peak of this authoritarianism was in the 2020 elections, which was marred by violence and massive rigging . The elections gave the ruling dominant party 98.8% of the parliamentary seats and 84.4% of the presidential vote.

After the death of Magufuli in March 2021, President Samia Suluhu Hassan took over power as per the constitution. The transition was smooth, which is one of the positive aspects of Tanzanian politics.

To her credit, President Hassan has embraced and welcomed scientific measures against COVID-19 and allowed pregnant girls to go back to school. Nevertheless, she has kept to the same autocratic path with a few cosmetic changes based on rhetoric. She has continued to ban public political rallies , criminalised calls for constitutional reforms and detained the chairman of the main opposition party, Freeman Mbowe .

Two immediate challenges Tanzania faces are managing the union with Zanzibar and demands for constitutional reforms . The issues include distribution of resources between the mainland and the island, and the rights of Zanzibar as an autonomous country.

At 60, Tanzania should appreciate the changing times, expectations and politics by engaging in constitutional reforms. This is arguably the most important thing it can do to maintain peace and stability. A constitutional reform process would provide space for different groups, such as opposition parties, to express their views and concerns. It could address grievances and be an opportunity to unify the nation.

The emerging partisan politics and the polarisation it creates is a new threat. It does not provide space for democratic contestation, as opposition parties are restricted from political activities. If unaddressed, the polarisation and increasing grievances could destabilise the country. The future of politics in Tanzania depends on the ability of the policy makers and politicians to take advantage of a more enlightened 2021 citizenry as compared to 1961.

Aikande Clement Kwayu does not work for, consult, own shares in or receive funding from any company or organization that would benefit from this article, and has disclosed no relevant affiliations beyond their academic appointment.

Latest Photo Reports
Catch up with all the political quotes from our politicians.
Advertise here
More Article
ModernGhana Links
2023 Power Shift: A Greek Gift? (Part 1)
Prepare for Robust Future Defence from Pandemics- Kulpati
Somaliland's quest for recognition: UK debate offers hint of a sea change
Digitalisation is key for resilience
Explosion at Apiete must awake our national consciousness on safety
Utilize digital technologies to enhance welding training to spur employment in Ghana
Why education systems should build environmental ethics into every subject
The Recent Clashes In Mamoobi-Nima: The Gab Analysis
Eden Hazard And Lessons For Nigerian Youths
TOP STORIES