Decision-makers unite to fight malnutrition among children in Obuasi 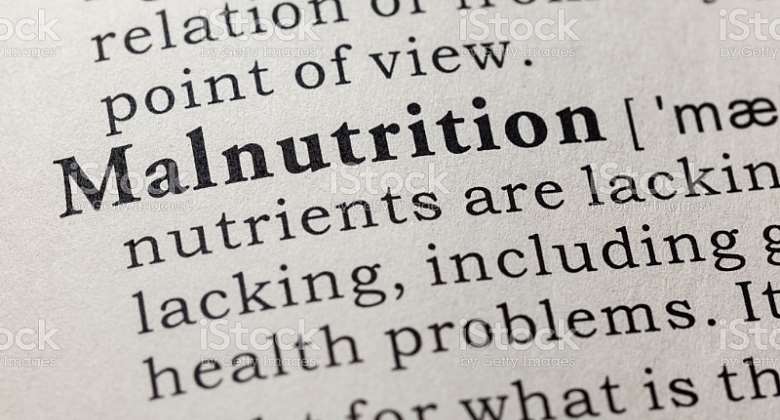 Holystic Nutrition Organization, an Obuasi based NGO, has inaugurated an active Multi-stakeholder Forum comprising of decision-makers across the health, food and social protection systems to fight malnutrition among children in Obuasi.

Known as Obuasi Multistakeholder Forum for Child Nutrition, the group is expected to work together to improve the nutrition status of children in both the Obuasi Municipal and East districts.

According to David Ameyaw, the Executive Director of Holystic Nutrition Organisation, the formation of the Multistakeholder Forum has become necessary since it represents a critical milestone for sustainability in winning the war against malnutrition among children.

He emphasised that the composition of the Forum was deliberately done to involve decision-makers across the health, social protection and food systems, who have been lobbied to appreciate the consequences of malnutrition, thereby acknowledging it as a socioeconomic development priority which requires an immediate concerted effort to curb.

The 2019 State of the World’s Children reported that at least 1 in 3 children under five – or over 200 million – is either undernourished or overweight. In Ghana, close to one in every five children under 5 years is stunted while one in every ten children under 5 is underweight. Almost 2 in 3 children between six months and two years of age are not fed food that supports their rapidly growing bodies and brains. This puts them at risk of poor brain development, weak learning, low immunity, increased infections and, in many cases, death. As the Cost of Hunger Report for Ghana 2016 reveals, Ghana loses 6.4% of its GDP as a result of child undernutrition; thus making the fight against childhood malnutrition a priority activity towards the socio-economic development of communities and the nation as a whole.

The Executive Director of AGA Health Foundation, Dr Kwadwo Anim, mentioned that the Forum has come at the right time since issues of malnutrition among children is of a major health concern in Obuasi. He said he was optimistic about the prospects of the Forum since all the interventions rolled out by the Forum will not reinvent the wheel but rather strengthen the existing systems for delivery.

Omar Farouque, Nutrition officer for the Obuasi Municipal Health Directorate lauded Holystic Nutrition for the vital role they have played in fighting malnutrition among children in Obuasi. He said issues of malnutrition need an all hands on deck approach to nip it in the bud.

He projected that the objectives of the Forum when realised will ensure that children who report to the health facilities malnourished can access appropriate nutritional therapy and not just infusions; adding that but for the support of Holystic Nutrition who make these nutritional commodities available, most malnourished children would have been denied access to such life-saving treatment.

An Interim Steering Committee has been formed to work towards the establishment of the Obuasi Child Nutrition Investment Fund (OCNIF), to mobilize domestic resources from stakeholders to finance malnutrition treatment and preventive initiatives. From the onset, the Fund will finance two key initiatives; Health System Strengthening for CMAM Access Program (HeSSCAP) to make treatment of malnutrition widely accessible to all children at health facilities in Obuasi; and the Obuasi Community Food Bank for Vulnerable Children (OCFBVC) which will bridge the food insecurity gap towards prevention of under 5 malnutrition.

The Forum comprises of Health Directors, Nutrition Officers, Social Welfare Officers, Agric Directors and Chairpersons of the Social Services Committee of both the Obuasi Municipal and East District Assemblies; the Executive Director of AGA Health Foundation; and Holystic Nutrition Organisation. The Forum will remain open to all other stakeholders who are interested in fighting malnutrition among children in Obuasi.

We can't wait any longer – CLOGSAG to embark on nationwide s...
2 hours ago