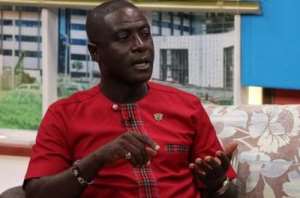 The National Media Commission (NMC) has said the reactions from Onua TV/FM to its ‘cease and desist’ letter to the media outfit to address the unprofessional and inciteful broadcast of its presenter Blessed Godsbrain Smart aka Captain Smart has left matter in the issue.

The NMC noted that the alleged attack from Onua TV/FM is a strain from free expression to accord with the egregious conduct of its presenter Captain Smart.

Captain Smart was arrested by the Nima Divisional Police Command on December 2 for making “some unsavoury pronouncements that according to the security service hinge on peace and security”.

Subsequently, the NMC in a statement expressed disappointment in the management of Onua TV/FM and called on management to take steps to up professionalism in the media outlet.

“Part of your broadcast raises concern for the peace and security of the country in a manner that demands immediate regulatory action. We are particularly concerned about a recent broadcast in which ‘Captain Smart’ calls for insurrection against the state of Ghana and its institutions.”

“While that particular broadcast, without more, constitutes adequate grounds for regulatory action, we still retain the belief that given the chance, management could take steps to bring your content unto a level of professional acceptability. We are fortified in this belief by the fact that considerable parts of your other broadcast, including the news, offer that hope. We will be glad if you noted that exercising the required professional caution is in your interest,” the NMC letter said.

Not happy about the content of the NMC letter, management of the Onua TV/FM in a letter addressed to the Executive Secretary of the NMC described as, unfortunate the manner in which the matter has been handled and the verdict the NMC had passed.

“It is unfortunate for the NMC to prejudge and conclude on such a matter as contained in its letter without giving Captain Smart, Onua TV, and Onua FM the opportunity to be heard.

“As a stakeholder, we call on NMC to retract its letter under reference and to comply with the procedures under Act 449, 1993 in resolving these matters,” part of the letter said.

Replying to that letter today, the NMC says the management of the station, in their response, left the matters in issue and rather grieved over complaints settlement procedures which had nothing to do with the “cease and desist” letter.

The NMC says it hopes the management of Onua TV/FM will show leadership to bring the station’s content in line with acceptable standards.

Below is the latest letter from the NMC to the management of Onua TV/FM:

On December 2, 2021, we issued a “cease and desist” letter to the management of Onua Fm to address unprofessional and inciteful broadcast arising from a presenter’s call for insurrection against the state and its institutions. The presenter had called for an “uprising” in Ghana and expressed surprise at the lack of response from the military and other institutions.

In writing to management, we had hoped that they could provide leadership to bring the station’s content in line with acceptable standards. However, two issues have raised doubt about that hope.

First, we have become aware of a press release in which your management sought to strain free expression to accord with the egregious conduct of the presenter.

Second, management of the station, in their response to us, left the matters in issue and rather grieved over complaints settlement procedures which had nothing to do with the “cease and desist” letter.

It is unclear to us whether management appreciate the regulatory import of these actions.

We therefore bring the matter to your attention for your necessary action.