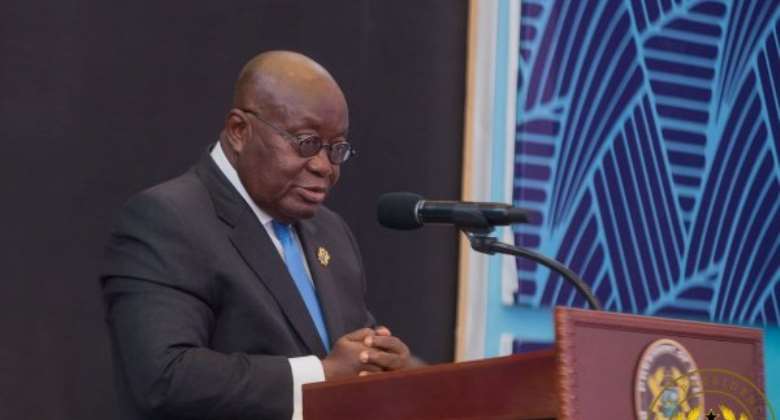 President Nana Akufo-Addo has assured the international community of his commitment to the constitutionally mandated term of his presidency.

He said he would abide by the two-term presidential limits granted him by the Constitution of Ghana, respect the ECOWAS protocol on democracy and good governance, and ensure a smooth transition to another democratically elected president, come 2025.

"I will respect the two-term limit for the exercise of presidential authority as stipulated in the constitution of the Republic of Ghana.

"I will not be an impediment to the conduct of free and fair transparent elections. I'll hand over power to the next elected president on 7th January 2025," he declared on Wednesday when he officially opened the 2nd Kofi Annan Peace and Security Forum at Teshie, near Accra.

The two-day Forum is being held under the theme: “Democracy and Governance in the Context of Complex Crises in West Africa.”

The theme coincided with the 20th anniversary of the ECOWAS Protocol on Democracy and Good Governance adopted by ECOWAS Heads of State in December 2001.

The forum, which brought together over two hundred delegates, including some former African Heads of State and high-level diplomats from governmental and intergovernmental organizations, as well as political, governance and security experts, aims at building the political will for good governance and democratic consolidation in West Africa.

President Akufo-Addo told the gathering that the democratic backsliding, particularly the unacceptable extension of term limits and the intervention of the military in government in some West African states would make the consolidation of democracy a difficult challenge in the region.

He insisted that good governance should and must imperatively exclude political manoeuvres to maintain power beyond constitutional requirements.

“Let us all be aware that beyond that, the marriage between the elected and the electorate becomes forced. The environment becomes toxic, and the mandate becomes precarious.”

The President stated that though still fraught with challenges, Ghana's democracy, which had won plaudits globally as the yardstick for Africa, had been consolidated with the conduct of eight elections, five presidential transitions, three of, which resulted in the peaceful transfer from one political party to another.

“We want to be seen as a positive influence in other African countries who continue to face challenges with democratic consolidation,” he added.

The President reaffirmed his belief in the principles of democratic accountability, which he said, constituted the basis of good governance in Ghana.

He rallied ECOWAS heads of States to take the pledge to respect the constitutionally mandated term of their presidency and stated his readiness to support them as they worked towards democracy and good governance in their respective countries.

“In our duty towards our children and grandchildren, we must not give up when it comes to guaranteeing the integrity of the electoral process and consolidating peace through the establishment of accurate electoral registers, the due validation of candidatures, the material organisations of ballots, and the proclamations of authentic results,” he stressed.

The Forum is funded by the Governments of Norway, Germany, and Sweden.