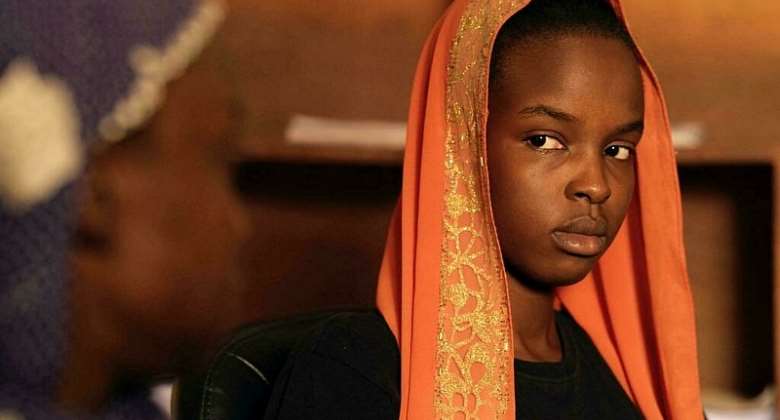 Lingui, The Sacred Bonds, by Chadian director Mahamat-Saleh Haroun, is a message of unity in the face of a society hostile to women. The film, released in French cinemas on Wednesday, was presented in the official competition at the Cannes Film Festival in July. Haroun spoke to RFI after the premiere.

Filmed in the suburbs of N'Djamena, Lingui, The Sacred Bonds is the touching story of single mother Amina, (played by Achouackh Abakar Souleymane) who discovers her 15 old daughter, Maria (Rihane Khalil Alio), is pregnant as the result of a rape.

Together with local women, they plan to organise an abortion in a country where it is both forbidden in the eyes of the law and religion.

Although facing an uphill battle, the women find hope and solidarity in their "sacred bonds" or "lingui."

"It's a film about ordinary women heroes," the director told AFP at the festival.

"They carry the world, but they are also dominated by it. Talking about women's lives means addressing all the problems they face."

Haroun cites growing up in the presence of strong women in his own family as a source of inspiration, in particular his grandmother who got divorced in 1947 and raised her son alone.

Despite Lingui being the only film representing sub-Saharan Africa in the 2021 edition, Haroun said he doesn't necessarily see himself as a spokesperson for African cinema.

"We just try and move things forward bit by bit. By filming in the Sahel, I'm am aware that I can choose to show positive images in a place where it is usually a living hell."

The film was met with a standing ovation after the premiere screening at the Cannes Film Festival in July.

Haroun, a veteran of the Cannes circuit stood and smiled and waved at the crowd, surrounded by the lead actresses of the film.

Already a Jury prize winner at Cannes in 2010 for his film Un homme qui crie, ( A Screaming Man), Haroun was also former culture and tourism minister for Chad.