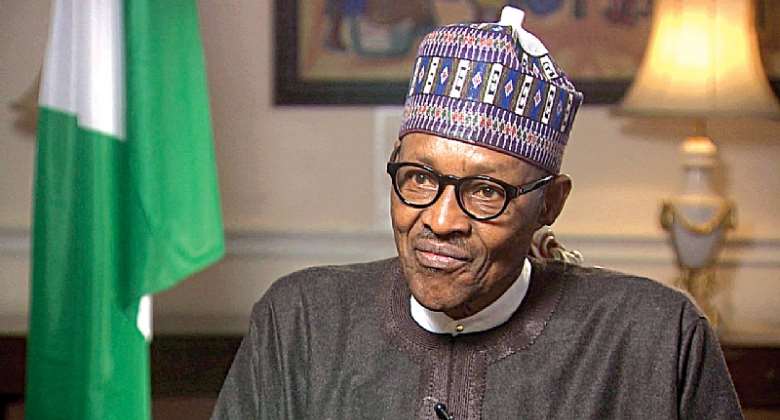 Socio-Economic Rights and Accountability Project (SERAP) has asked the government of President Muhammadu Buhari to “immediately take meaningful steps to implement several judgments obtained by SERAP against the Federal Government to raise money to fund the budget, reduce the growing level of borrowing, and address the escalating rule of law crisis in the country.”

SERAP said, “Unless the judgments are immediately implemented, SERAP will consider pursuing contempt proceedings against the Federal Government in national courts, and international sanctions against the administration for its persistent disobedience of court judgments.”

According to the organization, among the several judgments the Buhari administration has failed to obey is the judgment by the ECOWAS Court of Justice in Abuja, which awarded N30m as compensation for the ill-treatment of journalist Agba Jalingo, who faced trumped-up and politically motivated charges of treason.

The statement, read in part: “Another judgment the Buhari administration is failing to implement is the judgment by the ECOWAS Court which found the government responsible for abuses by oil companies and directed it to hold to account the companies and other perpetrators of oil pollution in the Niger Delta.

“We urge President Buhari to without further delay publicly instruct the Attorney General of the Federation and Minister of Justice Mr Abubakar Malami SAN to ensure the effective implementation of all of the judgments obtained by SERAP and other outstanding judgments.”

Femi Falana SAN, who presented SERAP Law Report to the public today at the Media Briefing organized by SERAP in collaboration with the MacArthur Foundation, USA, said: “We are surprised that the Buhari administration took a swipe at SERAP for going to court to challenge acts of corruption and official impunity. In any country that professes to practice rule of law, it is height of 'primitivity' for government to challenge the act of going to court by the citizens.”

Femi Falana SAN added, “This was firmly rooted in the case of Ojukwu v Gov of Lagos State which was decided during the military era. The victory over the military junta came through protests and other acts challenging official impunity in court and other lawful fora.

“It is quite ironical that those who have protested against misrule and impunity are the past are now in bed with those in government and clamps down on attempt protest by the citizens.”

The Media Briefing titled “Rule of Law Crisis: How failure of the Buhari government to enforce court judgements is contributing to grand corruption and impunity in Nigeria” was held at the Radisson Hotel, Isaac John Street, GRA, Ikeja, Lagos.

Falana stressed: “SERAP has embarked on public interest litigation in order to promote accountability and transparency in line with the tenets of the rule of law and constitutionalism. The publication of SERAP Law Report could not have come at a better time than now that anti-democratic forces are bent on imposing fascism on the country.

“It is sad to note that many of the judgments delivered in favour of SERAP have been ignored by the Federal Government contrary to Section 287 of the Constitution which has imposed a binding obligation on all authorities and persons in Nigeria to comply with the verdicts of all courts. I enjoin SERAP to take advantage of the provisions of the law to enforce the judgments without any further delay.”

SERAP added, “The failure and/or refusal to enforce and implement legally binding judgments of court is entirely inconsistent and incompatible with Nigeria’s international human rights obligations.

“It is unacceptable to take the court, which is the guardian of justice in this country, for a ride. A democratic state based on the rule of law cannot exist or function, if the government routinely ignores and/or fails to abide by court orders.

“The persistent and deliberate disobedience of judges’ decisions would, ultimately, shatter citizens’ confidence and trust in the ability of the justice system to render justice for victims of corruption and human rights violations.

“Obedience to the rule of law by all citizens but more particularly those who publicly took oath of office to protect and preserve the Constitution is a desideratum to good governance and respect for the rule of law. In a constitutional democracy like ours, this is meant to be the norm.

“The implementation of these judgments will be a special moment for the government’s anti-corruption agenda and the supremacy of the rule of law in Nigeria, as it would go a long way in protecting the integrity of our legal system.

“Implementing the judgments will provide the government the much-needed resources to fund national budgets, reduce the growing level of borrowing, and serve as effective deterrent to corrupt public officials and improve public confidence and trust in the administration’s oft-repeated commitment to fight corruption, respect human rights and observe the rule of law.

“Implementing the judgments will also would be in keeping with Nigerians’ expectations, and entirely consistent with President Buhari’s oft-expressed commitment to ‘kill’ corruption--whether by public officials or private contractors—and help to build citizens’ trust and confidence in the ability of this government to take head-on the systemic corruption in Nigeria.

“In his inaugural speech on May 29, 2015 President Muhammadu Buhari stated that ‘insecurity, pervasive corruption, the hitherto unending and seemingly impossible fuel and power shortages are the immediate concerns’.

“Unfortunately, President Buhari’s government has made little to no progress in fulfilling the promises made to Nigerians to fight grand corruption, end impunity of perpetrators, respect the rule of law, and ensure access of socially and economically vulnerable Nigerians to basic public goods and services.

“The government’s promise to fight corruption and end impunity imposes a moral and legal responsibility to protect the rule of law, ensure sustainable development and full respect for Nigerians’ constitutionally and internationally guaranteed human rights, as well as to obey court judgments.

“The promises also impose a responsibility to ensure transparency and accountability at all levels of government, and mean that government and public officials should timely and consistently respond to Freedom of Information requests from Nigerians.

“Lack of progress in the fight against grand corruption and the promise to obey the rule of law is further buttressed by the fact that many high-ranking officials suspected of corruption rarely end up in jail, as suspects continue to exploit the flaws in the justice system to the point where individuals are profiting from their crimes.

“The government’s disdain for the rule of law is also illustrated by the tendency to pick and choose which court orders it complies with. This selective application of the rule of law invariably undermines the independence and integrity of the judiciary, and is counter-productive to the government’s own fight against corruption.

“Other high-profile judgments obtained by SERAP that the Federal Government is refusing and/or failing to obey include the following: The first of such judgments is the judgment by Honourable Justice Hadiza Rabiu Shagari delivered on 5 July, 2017 ordering the Federal Government to tell Nigerians about the stolen asset it allegedly recovered, with details of the amounts recovered.

“The second judgment, by Hon. Justice Mohammed Idris, on 26 February, 2016 ordered the Federal Government to publish details on the spending of stolen funds recovered by successive governments since the return of democracy in 1999.

“The third judgment, by Hon. Justice Oguntoyinbo on 26 November, 2019 ordered the Federal Government to challenge the legality of states’ pension laws permitting former governors now serving as ministers and members of the National Assembly to collect such pensions, and to recover pensions already collected by them.

“The fourth judgment, by Hon. Justice Mohammed Idris on 28 May 2018, ordered the Federal Government to prosecute senior lawmakers suspected of padding and stealing N481 billion from the 2016 budget; and to widely publish the report of investigations into the alleged padding of the 2016 budget.

“The fifth judgment, by Hon. by Justice Obiozor, on 4 July 2019 ordered the Federal Government to publish the names of companies and contractors who collected public funds since 1999 but failed to execute any electricity projects.

“The sixth judgment, by the ECOWAS Court of Justice in Abuja, delivered on 19 November, 2009 ordered the Nigerian authorities to provide free and quality education to all Nigerian children without discrimination.”

We can't wait any longer – CLOGSAG to embark on nationwide s...
39 minutes ago

Nat Nuno Amarteifio, former Mayor of Accra to be buried on F...
39 minutes ago