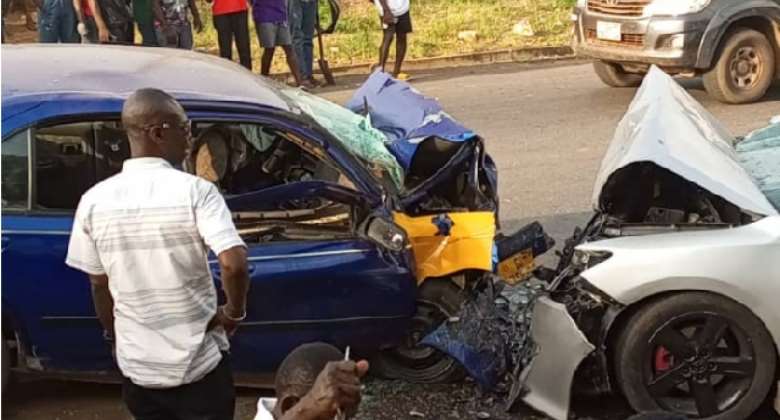 Three schoolchildren have met their untimely death in a car crash at Mampong Akuapem in the Eastern Region.

The children, all seven years old, have been identified as Jerry Quartey, Osten Kwaku and Albert Odame Sarfo.

They were among 12 schoolchildren being driven home from school on Tuesday, 7 December 2021 in a taxicab with registration number GS 5736-09 when the accident happened around 4 pm.

The cab head-on-collided with an unregistered Toyota Camry.

Apart from the deaths, the drivers and passengers in both vehicles sustained injuries and had to be rushed to the Tetteh Quarshie Memorial Hospital for urgent medical attention.

Two of the injured children were rushed to Korle Bu Teaching Hospital and Ridge Hospital in Accra.

The regional police command has confirmed the incident and declared the two drivers suspects.

The police has also impounded the two concertinaed cars.