By Jacqueline Goldin - The Conversation
Article 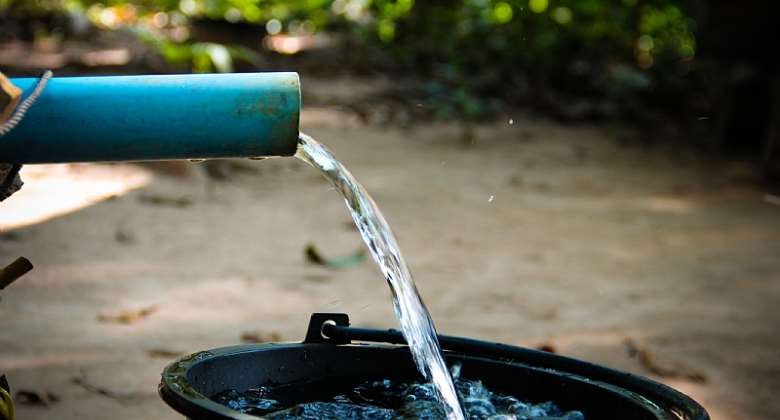 About 30% of the water on the planet is under the ground, out of sight and not easily accessed. Little is known about this “invisible” groundwater. This is especially so in remote areas, such as the part of South Africa's Limpopo province where a research project called Diamonds on the Soles of their Feet is taking place.

Academics and residents are working together in two Limpopo villages, Ga-Komape and Ga-Manamela, to find out more about the areas' groundwater resources. This is important data: 74% of people in rural areas like these depend on groundwater for their crops and domestic water supply. People use this water but there's very little knowledge about how much there is, how it recharges, whether it is clean and so forth.

Over the past three years, residents from the villages have been trained to capture groundwater data. They use a simple dip meter, record rainfall levels from rain gauges and take images of water flows in rivers. This data is captured on smart phones and relayed to a website where it is available for government, researchers and planners who can use this to better understand what is going on under the ground – after all, you can't manage what you can't measure.

This is what's known as citizen science . “Ordinary” citizens are no longer passive and disengaged but are actively engaged with scientists. The project is transforming volunteers in these remote rural areas from being passive and not engaging with science to becoming scientists themselves. The data being collected is verified, validated and made visible. It is taking science out of the laboratory and into the field, making science accessible to society so that they are part of the solution and not part of the problem.

The tendency in citizen science projects is to focus only on the value of hard data. Our project is different: we are of course interested in the data, but are also concerned with transformation and empowering people. The aim of this work is to achieve a more just society through the democratisation of knowledge and improved water literacy. The project's name, “Diamonds on the soles of their feet” stems from the fact that farmers have a real treasure that they share with us as researchers – and that is of real value.

The residents are now curious about water. They have a sense of belonging to a geographical area beyond their homes, being part now of a wider project that extends from one side of the Hout River Catchment to the other. Their work has garnered international recognition, too. At the Falling Walls Summit , part of Berlin Science Week 2021 in early November, Diamonds on the Soles of their Feet was selected as one of 20 winners from 189 projects in 80 countries across the globe. Limpopo residents at work collecting groundwater data. Professor Jaqui Goldin

The Falling Walls Summit asks scientists to show what walls have been broken down between science and society. In our project's case, there were several walls.

The project started with funds from the Danish International Development Agency (DANIDA) through the University of Copenhagen three years ago. We chose Limpopo because it is a typical rural area where people are extremely dependent on ground water and also because it is one of South Africa's poorest provinces.

When we started, there simply wasn't very much data about water in remote rural wells because it is very difficult to access these remote rural wells. Limpopo is a sprawling province; there are huge distances between villages and the roads are generally poor.

There was also an insidious historical divide between commercial farmers and small scale farmers. Commercial farmers know a lot about water in their boreholes but the data they have gathered over the past decades has not been shared. Now, farmers see that there is a project caring about water for the future and they have shown their interest and willingness to be part of this, and to share their data.

Then there was the wall that scientists often put up: between the humanities and sciences such as hydrology, engineering, geology and so forth. Some of the work needed to collect data is purely scientific, of course – but some of it is about empowering communities.

As an anthropologist, working with water and society, I am clear that the protection and care of natural resources can't happen unless communities who are closest to that resource are involved. This means applying deeply participatory, ethnographic methods to solicit the views and knowledge of people living close to the wells.

There is a wealth of information that is not being tapped into. When looking for data on groundwater, the voice of hydrologists, geologists and other experts resonates, rather than the voice of community members who are often marginalised because they don't have the right jargon, or scientific terms to talk about water.

My doctoral thesis and related research was on shame and trust: shame is prevalent when people feel they are ignored and made to feel “stupid” just because they don't have the degrees or badges that give them recognition. The approach for this project is an “ethics of care”. It really means acknowledging people who have rich indigenous knowledge and experience and are themselves often experts when it comes to water. Anthropologists have worked closely with communities and have tools and techniques which are part of the science kit. With this combination of approaches and science, our multi-disciplinary team has been able to break down some walls.

As a result of collecting data, people in the villages are now curious about water. They want to know more and they are really proud of being able to read the data – in other words, to be water literate. The project has also resonated with tribal authorities, which effectively govern these rural areas. This bodes well, as with authorities' buy-in, the project will more likely be sustainable.

This interest and involvement could also be transferable to other domains, such as health, youth development and measuring water quality. Overall, it's about developing a community of practice: people who can work alongside scientists, taking science out of the laboratory and into the field.

Jacqueline Goldin is really grateful to DANIDA – through the University of Copenhagen who funded the first phase of Diamonds on the Soles of their Feet and to the Water Research Commission – who are truly science engagers - for their ongoing support in citizen science and groundwater monitoring.

By Jacqueline Goldin, Extraordinary Associate Professor of Anthropology and Water Sciences, University of the Western Cape

Latest Photo Reports
Catch up with all the political quotes from our politicians.
Advertise here
More Article
ModernGhana Links
The Last Soldier: A Podium Motivational Speech
The Tragic End Of A 5-Year-Old Pupil In Kano
Nanosatellite launch is a big step forward for African space science
The cost of justice in Ghana
The Geopolitics of Water Series, Part Three: Water: a commodity or a human right?
2023 Power Shift: A Greek Gift? (Part 1)
Prepare for Robust Future Defence from Pandemics- Kulpati
Somaliland's quest for recognition: UK debate offers hint of a sea change
Digitalisation is key for resilience
TOP STORIES