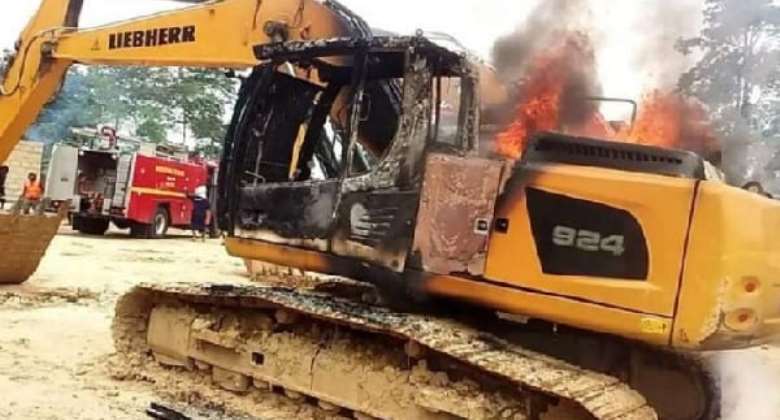 The Deputy Minister of Lands and Natural Resources, George Mireku Duker, has revealed that 265 mining equipment have been destroyed.

He added that 26 illegal miners have also been arrested since the operation halt illegal mining was launched.

He made this known at a media briefing on Wednesday, December 8.

He said the 26 persons are currently facing the law.

It is recalled that the Att9rney General Godfred Dame assured that persons arrested for galamsey are facing the law in court.

“As many as about 45 people are on trial as a result of operations taken in the past two weeks. Most importantly, it involves about 10 Chinese nationals,” he said on Joy FM on May 29.

“The principles that the President set out in his speech on Wednesday were actually the foundations for the decision of the High Court in Kumasi. The High Court endorsed the principle that no right can accrue from the illegality,” the Attorney General argued.