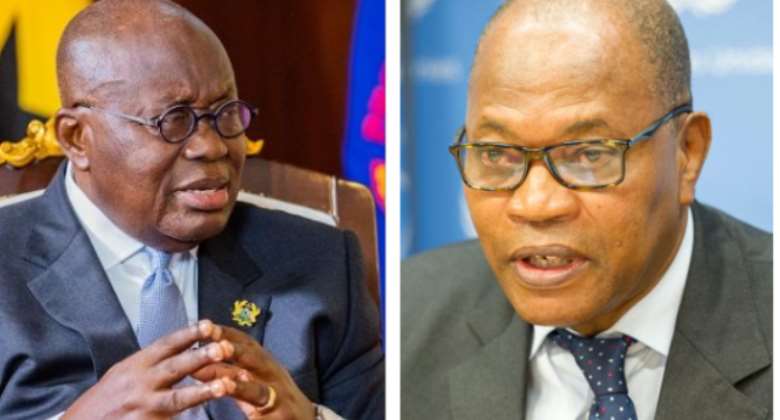 President Nana Akufo-Addo has appealed to Ghana’s diplomat, Mohamed Ibn Chambas to assist the Authority of Heads of States of the Economic Community of West African States (ECOWAS) to restore Guinea to constitutional rule.

Mr Akufo-Addo who is also Chair of the ECOWAS admitted that the task to restore Guinea to democratic path is a sensitive one that requires persons such as Dr Chambas who has just been appointed as the Chair of the Kofi Annan Peace and Security Forum.

“I must at the outset congratulate Ghana’s distinguished diplomat, the chair of the Kofi Annan Peace and Security Forum, Dr Mohamed Ibn Chambas on his new appointment as ECOWAS Envoy to Guinea.

“He is has won many hearts in the course of his stellar career and I want to assure him of the support of the Authority of ECOWAS whose Chair I am privileged to be the current occupant, in the collective quest to restore Guinea on the path of democracy and stability.

“If there is anyone who can assist the authority to accomplish this sensitive task , it is my good friend of many years Mohamed Ibn Chambas,” he said while speaking at the 2021 Kofi Annan Peace and Security Forum at the Kofi Annan Peace Keeping Centre in Accra, on Wednesday December 8.

ECOWAS had imposed sanctions on Guinea in a bid to get the country back to the democratic governance after the regional body held an extraordinary meeting in Accra on Thursday September 16 to deliberate on happenings in Guinea after Alpha Conde's government was overthrown on Sunday, September 5 by members of the Special Forces of Guinea, led by Colonel Mamady Doumbouya, who has now formed the National Committee for Reconciliation and Development (CNRD).

They as well as their family members have been banned from travelling and their financial assets have been frozen. This has been communicated to international bodies like AU, UN, EU and other bilateral bodies.

A decision was taken for the Chair of the Authority to personally travel to Conakry to convey the messages to the military leaders.

“[The heads of state] also, of course, reaffirmed ECOWAS' firm commitment to work and help Guinea in this process of restoring the constitutional order.

“They insisted also on the close support of traditional partner the United Nations, the African Union, European Union and also other bilateral countries and they also decided that there will be a visit by the Chair of the Authority to the Republic of Guinea as soon as possible to convey those messages regarding the decision of the Summit personally.”