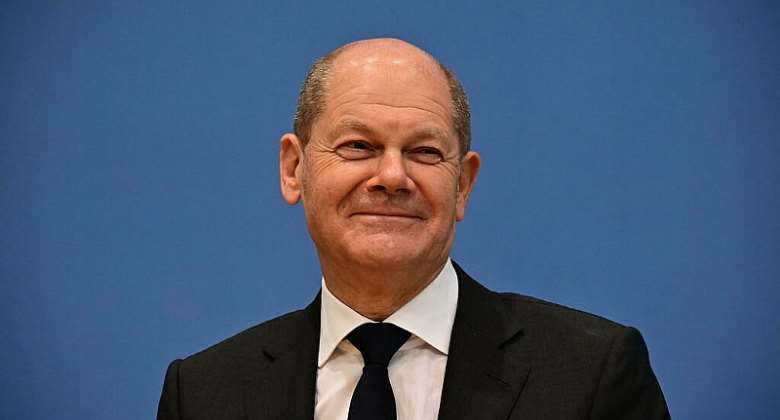 The German lower house of parliament on Wednesday elected Social Democrat Olaf Scholz as German chancellor to succeed Angela Merkel who was chancellor for 16 years.

Lawmakers in the Bundestag voted by 395-303 to elect Olaf Scholz as chancellor, with six abstentions. His three-party coalition holds 416 seats in the 736-seat lower house of parliament.

He will be sworn in later on Wednesday by President Frank-Walter Steinmeier.

Scholz will lead Germany's first federal "traffic light" coalition, made up of the SPD, the ecologist Greens and the liberal Free Democrats and named for the parties' colours.

He has pledged broad continuity with the strategies made popular by Merkel, while making Germany "greener and fairer."

Born in the western city of Osnabrueck, Scholz joined the SPD's youth movement in 1975.

He became vice-president of the movement in the 1980s but failed to become its leader because he was considered too left-wing, though he later aligned to a more centrist course.

After training as a lawyer and founding his own law firm specialised in labour issues in 1985, Scholz was elected to the national parliament in 1998.

During his 2002-2004 stint as the SPD's general secretary, he earned the nickname "Scholzomat" for his dry yet tireless defence of the unpopular labour reforms of then-chancellor Gerhard Schroeder.

As labour minister in Merkel's first coalition government from 2007 to 2009, Scholz helped avert mass lay-offs during the financial crisis by convincing firms to cut workers' hours with the state topping up their salaries -- a policy also used during the coronavirus pandemic.

After being major of the northern port city of Hamburg from 2011-2018, Scholz returned to Berlin as Merkel's finance minister.

Scholz then led his Social Democrats to victory in the 26 September election -- an outcome considered unthinkable at the start of the year given the party's then divisions and low support.

She has pledged a tougher line with authoritarian states such as Russia and China after the business-driven pragmatism of the Merkel years.

"That corresponds to the society we live in -- half of the power belongs to women," Scholz, who describes himself as a "feminist", said this week.

The new government has plans to step up renewable energy, ease access to German citizenship, legalise cannabis for recreational use, lower the voting age to 16 and increase the minimum wage from 9.60 euros per hour to 12.

However the fourth Covid wave is already put the incoming coalition to the test.

As finance minister and vice-chancellor under Merkel, he suspended Germany's cherished constitutional debt brake to unleash a trillion-euro package to ward off the effects of the coronavirus pandemic on the economy.

"We have to make a fresh start while facing down the corona pandemic -- those are the circumstances the new government is up against," Scholz told reporters Tuesday.

More than 103,000 people have died with coronavirus in Germany while new infections have surged since the weather turned cold, filling intensive care units to the breaking point.

Scholz has thrown his weight behind Germany following Austria in making jabs mandatory to get the pandemic under control, as experts say the worst is still to come for the country's struggling clinics.

He aims to have parliament vote on the issue before the year is out with a view to implementing the law in February or March.

He acknowledged that dealing with the pandemic “will demand all our strength and energy,” but said he had faith in the negotiating talents of his team.

“If the good cooperation that worked while we were forming the government continues to work, it will be a very, very good time for the tasks that lie ahead of us,” Scholz said.

"He has the experience and professionalism to lead this country into a good future," Lindner said.

Merkel, too, has said she will be able to "sleep soundly" with Scholz as her replacement.