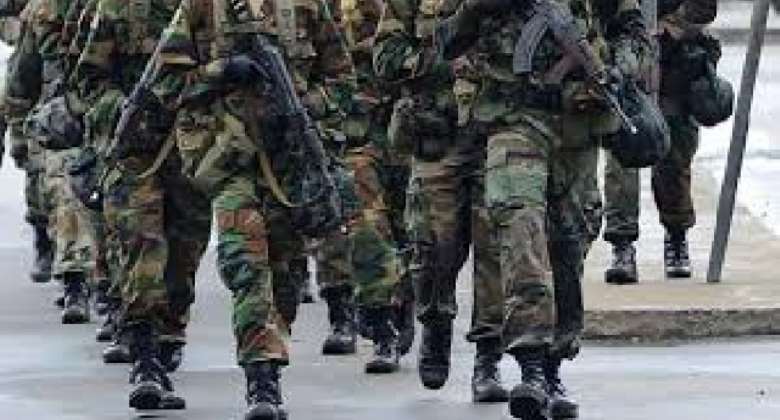 A military personnel has been accused by an 18-year-old girl of rape at Wassa Akropong in the Western Region.

The suspect, AB1 Abdul-Latif, is alleged to have raped the young woman in the bush and fled.

He was part of a team of anti-galamsey soldiers in the town.

The suspect and his team had encountered the girl and her boyfriend as the lovers returned from their galamsey expedition in a town called Yaw Gyimakrom near Hemang.

The soldiers demanded that the civilians take them to the illegal mine where an excavator was being operated.

The soldier accused of rape opted to stay behind with the girl while his other team members took the man to the site.

The suspect then raped the girl in the bush and fled.

The victim reported the case to her boyfriend and later to the Detachment Commander Sgt. Owusu Darkwah Peter, who, in turn, ordered an ID parade at which the victim pointed out the alleged rapist with ID 202843 AB1 Abdul-Latif.

The suspect was later sent to the police station by the Detachment Commander where he was arrested and detained.

The police gave the victim a medical form for examination.

The suspect has been released on police inquiry bail as investigations continue.