IGP Dampare, I will be very glad, if you clear your name from this murder case 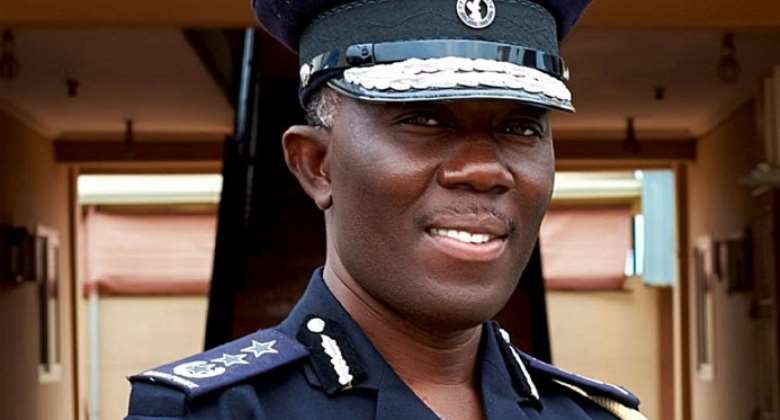 Calling someone a witness to a murder or accusing someone of knowing something about a murder case, is something serious anyone who finds himself in such a problem shouldn’t take it for granted.

George Akuffo-Dampare has proved to be one of the best Inspector General of Police so far ever since he was appointed by the president, Nana Akufo Addo.

However, there are certain things Ken Agyapong, the businessman who represents Assin Central in parliament for the NPP, has said about Dampare, relating to J.B. Danquah-Adu’s death, which is very disturbing, therefore, the IGP must clear his name for his admirers.

One of such videos circulating on the internet is about Ken Agyapong, implicating IGP Dampare in the murder case of JB Danquah-Adu.

According to Agyapong because Dampare knows the one who murdered Danquah, he was transferred to another place to avoid the IGP pursuing the case. This is a very serious remark that the IGP shouldn't take it kindly.

A person who intentionally makes false accusations against another to tarnish the person's reputation may be subject to several penalties under the law.

Therefore, whether this accusation is true or not, the IGP can’t sweep this case under the carpet because the family of JB Danquah has no clue as to who is responsible for the murder.

IGP Dampare must prove his innocence in this case because since he was appointed the IGP, many Ghanaians have gained confidence in him. So far, this is the only IGP I am impressed with about his work since appointed by the president.

The IGP Dampare so far is the only person who has taken armed robbery cases seriously to start dealing with this problem that has taken over Ghana.

However, at the moment, it seems his popularity is fading after Ken Agyapong said those things against him. I will be very glad if he clears his name or defends himself. I think this is what any intelligent Ghanaian will be interested too.