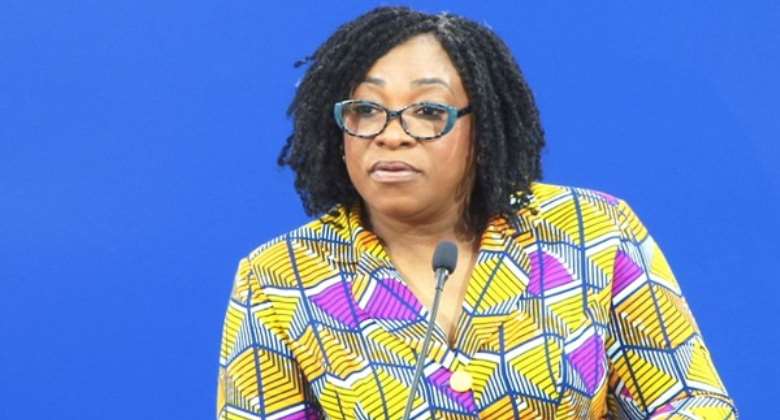 Minister for Foreign Affairs and Regional Integration, Shirley Ayorkor Botchway has defended the use of Ghana's Presidential jet by other presidents in the West African Sub-region.

According to the Minister, Ghana's foreign policy tenets of good neighbourliness, commitment to regional integration, and the promotion of peace and security underpin the offer of the country’s presidential jet to West African leaders such as the President of Sierra Leone, Julius Maada Bio, and the President of Liberia, George Weah.

She made this known when she responded to questions in Parliament from North Tongu Member of Parliament (MP), Samuel Okudzeto Ablakwa on Tuesday, December 7, 2021.

The Minister for Foreign Affairs indicated that using Ghana's jet is part of efforts to ensure peace and stability in the sub-region, and supersedes internal financial considerations.

“That decision had to be taken in the supreme interest of the West African Sub-region. It was to do with the coup in Guinea and also issues to do with Mali and, of course, the Sahel as well.”

“These decisions are taken because they are necessary. I believe cost is important, but it should take a backstage when the security of a nation is in jeopardy.”

The Foreign Affairs Ministry had earlier described as normal practice the occasional use of Ghana's Presidential jet by the Heads of State of other countries in the subregion.

It said such assistance is part of bilateral and multilateral diplomatic relations among countries, adding that Ghanaian leaders have in the past also benefitted from such gestures.

In a statement to address concerns raised by Ablakwa over the use of Ghana’s presidential jet by the President of Liberia in September 2021, the Ministry maintained that Mr. Ablakwa's “insular posture comes as a surprise”.

“In the light of the strenuous and concerted efforts by ECOWAS leaders to broker peace in the region, the Ministry finds it rather unfortunate that Hon. Okedezeto Ablakwa would seek to deliberately muddy the waters with these negative comments.”

Finance Minister announce transactions to be excluded from E...
24 minutes ago