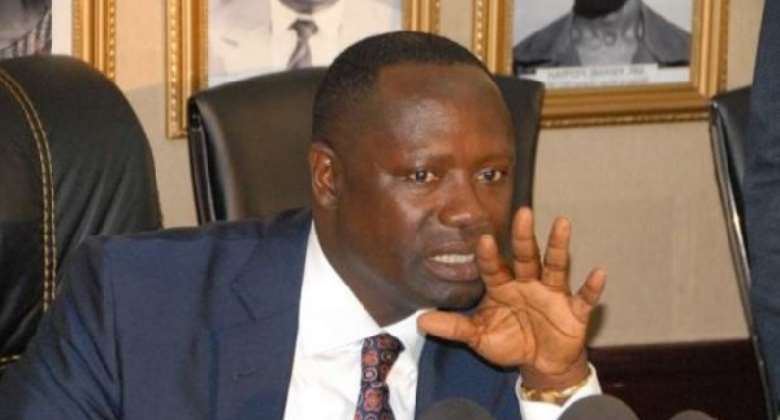 The Member of Parliament (MP) for Ellembelle Constituency, Mr. Emmanuel Kofi Armah Buah has lambasted the Minister in charge of Finance, Mr. Ken Ofori-Atta over his absence from parliament today.

Modifications to the 2022 budget statement and economic policy proposal of the ruling government announced by the Finance Minister was accepted by parliament today despite concerns raised by the Minority.

During the discourse of matters relating to the budget, Ellembelle MP Mr. Emmanuel Kofi Armah Boah expressed concern over the posture of Mr. Ken Ofori-Atta.

According to him, absenting himself from parliament for crucial discussions that took place today is not good and could prolong talks on the 2022 budget.

The former Energy Minister insists that the Finance Minister must be blamed if the budget is left hanging when parliament goes on recess later this month.

“Mr. Speaker I’m very concerned about the posture and responsiveness of the Minister of Finance. Even today, a day as important as this, he is not here.

“Mr. Speaker, today is the 7th, and we are rising in 10 days, the business of this house will end. Don’t blame the Minority when at the end of the year this government does not have a budget. Blame the Majority and the Minister of Finance,” the Ellembelle MP emphasised.

Although the Minority are content with some of the modifications made to the 2022 budget, it maintains that the issue of the Electronic Transaction Levy (E-Levy) is still a no-no.

With negotiations yet to see any progress, it could hold back the budget until next year.