Everybody is vulnerable to HIV infection — HIV Ambassador warns 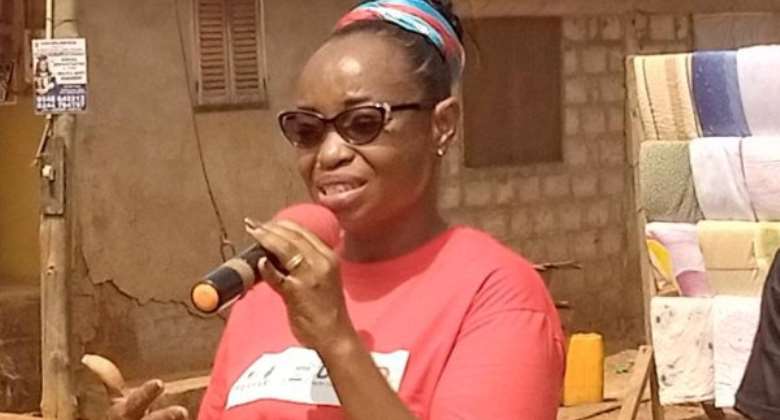 Everybody is vulnerable to HIV infection, Reverend Jacob Azumah, an HIV Ambassador who has lived with the virus for 21 years has warned.

He said it was also an offence to spread information about people's HIV and AIDS status, and cautioned the public to desist from stigmatization and discrimination of people living with the virus.

Sharing his experience at an anti-stigma HIV campaign held at Hwidiem, a mining town in the Asutifi South District of the Ahafo Region, Rev Azumah advised People Living With HIV and AIDS (PLWHAs) to report people who spread their status to the Police.

The United States President's Emergency Plan for AIDS Relief (PEPFAR), the world's greatest investor in the Global Fund with the aim at touching lives and achieving epidemic control by 2030, under the auspices of the US Embassy organised the campaign to create awareness about the pandemic in the area.

Ms Dzid Enyonam Kwame, Media Specialist for PEPFAR called on the public to refrain from stigmatizing PLWHAs to help stem the spread HIV in the country.

Rev Azumah advised PLWHAs to be opened and consistently access the free Anti-retroviral Therapy (ART) saying, because he had attained virus load suppression none of his four children had HIV.

He said until public stigmatization and discrimination was brought under control, it would be extremely difficult for the nation to reduce the spread of the pandemic.

"I and my wife have gone through sad experiences when we got infected. But we have our solemn and comfort in God. Now ,we know HIV can't kill us and we would live to see our grandchildren", he said.

"We are just human beings like you and everybody must try and accept us in society because nobody knows who is a carrier of the virus until we all check our status", Mr Azumah stated.

He expressed worry some PLWHAs travelled distances to other places to access ART services because of public stigmatization and discrimination.

Mr Azumah advised the youth who could not control their sexual desires to use condoms, and always avoid unprotected sex to prevent infection.

Mrs Charity Owusu Danso, another ambassador, who said she had lived with the virus for 19 years, indicated that HIV was not a death sentence and advised the public to accept them in society.

She indicated all her six children and her husband were HIV negative, but added HIV was real and advised the public to protect themselves from infections.