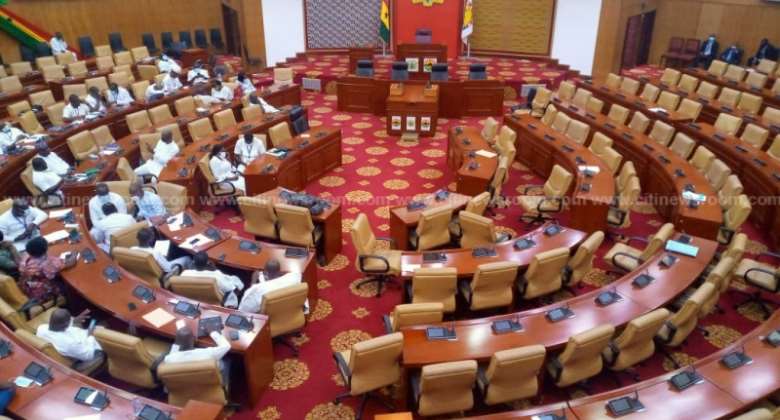 Parliament has adopted modifications to the 2022 budget statement and economic policy despite opposition from the Minority in relation to the 1.75 percent e-Levy.

The Minister in a letter to Parliament made some revisions such as the GHS 10 million allocated for feasibility studies on the Keta sea defence project, revision of Aker Energy-AGM Petroleum- GNPC deal, Agyapa from the budget among others.

In his ruling on Tuesday, December 7, 2021, Joseph Osei-Owusu, the First Deputy Speaker, sitting as the Speaker, directed that the statement of modification presented by the Minister for Finance, Ken Ofori-Atta be attached to the budget statement presented to the house on 17th November.

Commenting on the modifications after a presentation on the Floor, the Minority Leader, Haruna Iddrisu, indicated that the Minority will shoot down the e-Levy every time it surfaces on the floor of Parliament.

“It is true that we engaged. We were part of the engagement, but at that engagement, regrettably and unfortunately, on the matter of e-levy we could not have agreement and consensus.”

“We believe that the e-levy is punitive, and will undermine our quest to grow a digital economy in seeking to tax transactions,” Mr. Iddrisu added.

As an alternative for revenue, the Minority Leader suggested a better commitment to retrieve misappropriated funds.

“We are guided by the public good, and we think that monies recoverable from the Auditor General's report can as well compensate for the imposition of an e-levy.”

Among the changes made, the budget is being revised to amend the two paragraphs that contain references to the Agyapa deal, GH¢10 million has been allocated for a feasibility study for a sea defence wall project, and an amendment to reflect the resolution of Parliament in the Aker Energy deal.