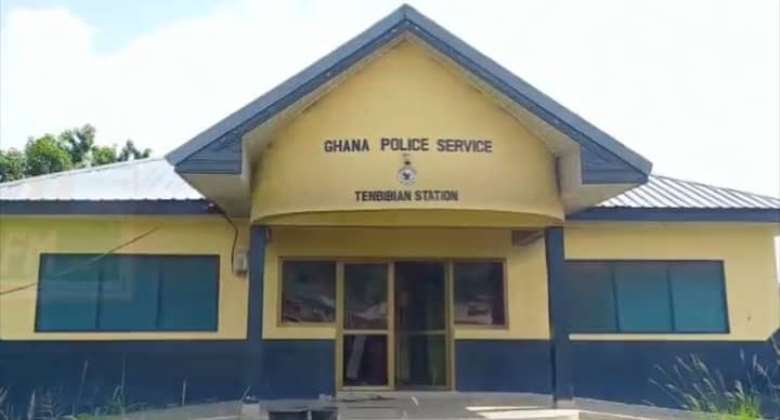 Some unidentified goons suspected to be land guards have allegedly burnt down the newly built Police Station at Tenbibiano in the Ga South Municipality of the Greater Accra Region.

According to reports, the yet-be-identified persons went there and set the building which is expected to be commissioned this week on fire, destroying furniture and other appliances.

The criminals vandalized the glass doors before ripping off the ceiling and torching furniture in the Commander's office.

No arrests have been made yet.

He said he received a distress call from the people in the community that the police station was burning so he went to the scene and saw the police station on fire, adding that the Chiefs and residents in the area will have an intensive investigation in collaboration with the police in Ga South to arrest those who are behind the crime.

The MCE for Ga West Municipality, Joseph Nyani, also said that they had even brought the Greater Accra Regional Police Commander to inspect the building and it was set for use.

Land guards have over the years been terrorizing residents of Tebibiano, Obama, and Ashalaja, as these places have been declared a no-go area to Land Guards activities.

It is believed the thugs resorted to burning and vandalizing the Police Station as they see their criminal activities coming to an end very soon when the police station is operationalized.

No arrests have been made but the Police assured that justice will be served.

Meanwhile, the residents in the area are in a state of shock after the Police station was set on fire.