Do not deny your children right to education — Dr.Adutwum urge farmers 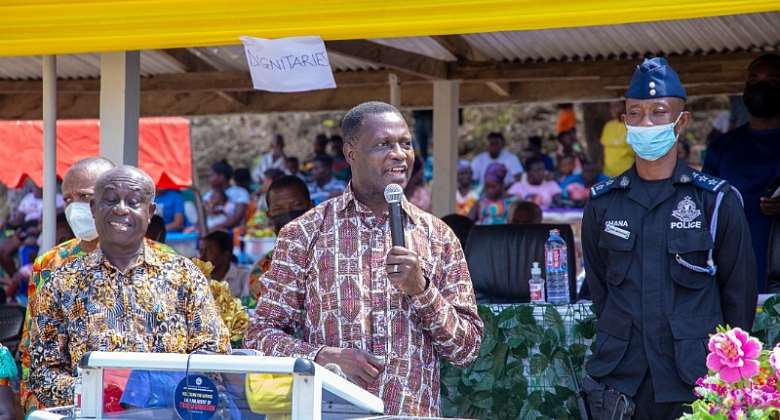 The Minister for Education, Dr Yaw Osei Adutwum, has urged farmers not to deprive their children of access to education and rather take a keen interest in the education of their children.

He explained that although the children could assist their parents on their farms when they were free, the children should be allowed to have access to full-time education to prepare them ahead.

Speaking at the Bosomtwe District edition of the 37th National Farmers Day held at Amakom in the Ashanti region, Dr Adutwum explained that after acquiring education, the children could go into full-time farming or assist their families to go into commercial farming with the knowledge and management skills acquired during their schooling.

He however lauded all Ghanaian farmers for their dedication and commitment towards their work leading to the provision of food and agricultural produce for local consumption and export.

Dr Adutwum assured the people of his desire to do everything possible to ensure that they also received their share of the national cake.

The day saw a total of 13 farmers and Agricultural Officers receiving various awards for their roles and contributions towards the development of agriculture in the district and the rest of the country.

Mr Stephen Kwabena Tawiah, a 59-year old farmer from Piase was adjudged the overall best farmer and for his prize took home a tricycle, a television set, a wellington booth, cutlasses, a wax print and a certificate.

The first runner up was Madam Alice Serwaa from Worakose who also went home with a Deep freezer, television set, wellington booths, a wax print and a certificate while the other awardees were presented with a certificate each, Knapsack sprayers, wellington boots and radio sets among others.

Other areas of agriculture that were awarded included the best Agricultural worker, best crop farmer, best female farmer, best youth farmers, best livestock and poultry and best institution in agriculture among others.

The District Chief Executive for Bosomtwe, Mr Joseph K. Assumin, appealed to traditional leaders and chiefs to strive to create land banks in their communities for use in future as well as for the establishment of cottage industries which stood the chance of developing the rural areas.