2022 Budget: Joe Wise and Haruna Iddrisu in 'I ruled; you didn't rule' tug-of-war 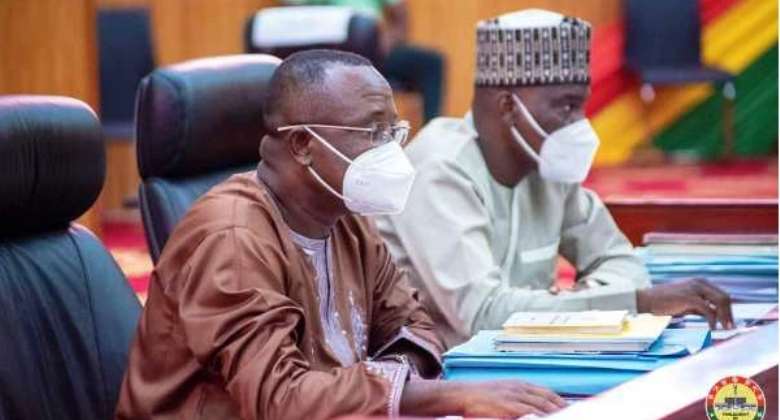 The Minority Leader in Parliament, Haruna Iddrisu, has said he intends to file a motion to question the conduct of First Deputy Speaker Joe Osei-Owusu as far as his ruling to dismiss an earlier motion by the Minority which sought to overturn the approval of the 2022 budget by a lopsided parliament, is concerned.

Mr Osei-Owusu insisted he dismissed the motion despite the Votes and Proceedings recording that he only attempted to rule on the matter but did not because the house became chaotic.

Speaking on the matter on Tuesday, 7 December 2021, Mr Osei-Owusu said: “We are correcting Votes and Proceedings”, explaining: “What is recorded here is not correct”.

“Whether the Minority Leader thinks that I’m not entitled to rule is another matter but what I’m saying here is that I ruled; what is recorded here is that I was ruling and it was interrupted, so, it appears that the ruling did not conclude but it did conclude”, the Bekwai MP emphasised.

He said: “That’s all I want the rule to reflect. That is not about yes or no; that is what happened and the record is available; the Table Office heard the video; I played it out to them when I saw this; that this is the video of what I did and this is how it concluded”.

“So, let the Votes and Proceedings reflect what happened”, he stressed.

“As for raising issues with them, you are always entitled to raise issues with what you think I ought to have done or ought not to have done. That is a different matter altogether”, Mr Osei-Owusu noted.

When the Minority Leader took the floor to speak, he asked: “So, Mr Speaker, is it the ruling which was interrupted for which you could not rule or you are ruling that there is a new position?”

He then said: “Let me serve you notice, Mr Speaker, that under Order 93(5), I will file a motion to question your conduct as Speaker or as the MP for Bekwai, wherever is appropriate, because this directive you are giving does not [hold] and we, ourselves, will call the recording for scrutiny and we’ll look at it closely because as far as we know, Mr Speaker, you attempted to rule and there was an uproar and there was a suspension and subsequently an adjournment; that is all we know, so, Mr Speaker, I intend to invoke Order 93(5) but I will serve you; I’ll submit your conduct because you cannot operate with these Standing Orders at your whims and caprices”, the Tamale South MP said.

The First Deputy Speaker then said: “Let the correction be effected while we await the motion to challenge the ruling”.