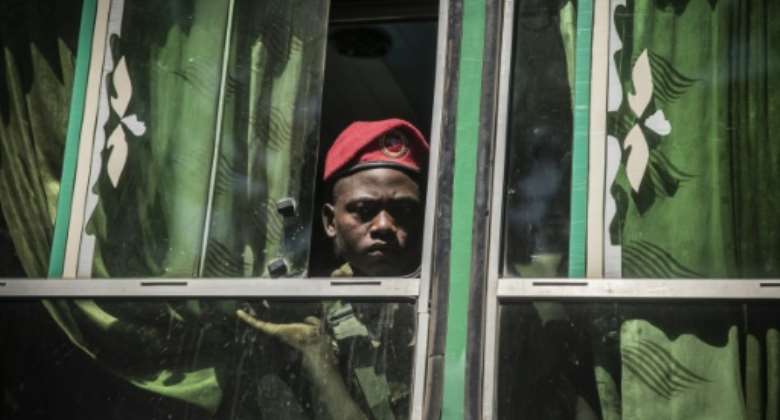 The war erupted in November 2020 when Abiy sent troops into Tigray to topple the TPLF. By Amanuel Sileshi (AFP/File)

Ethiopia on Tuesday accused the United States of "perpetuating a destructive narrative" after Washington and its allies sounded the alarm over reports that the authorities were unlawfully detaining citizens on ethnic grounds.

The US and other Western nations released a joint statement Monday saying they the second largest city after Brazzaville, were "profoundly concerned by recent reports of the Ethiopian government's detention of large numbers of Ethiopian citizens on the basis of their ethnicity and without charge," urging a halt to the arrests.

Troubling reports have emerged since then, with Ethiopia's state-affiliated human rights watchdog estimating that thousands of people have been rounded up.

Lawyers and rights groups say the detentions appear largely to target Tigrayans based on their ethnicity alone.

On Tuesday, Prime Minister Abiy Ahmed's spokeswoman Billene Seyoum told a press conference that the measures were not targeting "any particular group of people based on their ethnic identity".

"Insinuating in that regard is misguided, it's not only misguided but it's also perpetuating a destructive narrative," she said, adding that the detentions were "based on credible evidence and testimony".

Her comments came hours after the government announced it had retaken the strategic towns of Dessie and Kombolcha, the latest in a round of territorial advances claimed by pro-Abiy forces.

After the rebels reported major territorial gains as part of a march towards Addis Ababa, Abiy announced last month that he would head to the battlefield.

Since then, the government has announced the recapture of several small towns, including the UNESCO World Heritage site of Lalibela which is famed for its 12th-century rock-hewn churches.

The TPLF has dismissed the government's claims, saying the rebels were making strategic withdrawals and remained undefeated.

Fears of a rebel march on Addis Ababa have prompted countries such as the United States, France and Britain to urge their citizens to leave Ethiopia as soon as possible, although Abiy's government says the city is secure.

The war erupted in November 2020 when Abiy sent troops into Tigray to topple the TPLF -- a move he said came in response to rebel attacks on army camps.

But the rebels mounted a shock comeback, recapturing most of Tigray by the end of June before expanding into the neighbouring regions of Amhara and Afar.

The fighting has killed thousands of people, displaced more than two million and driven hundreds of thousands into famine-like conditions, according to UN estimates.

The African Union has been spearheading international efforts to try to broker a ceasefire but so far little concrete progress has been reported.