Less than 40% of refugees have registered for relocation 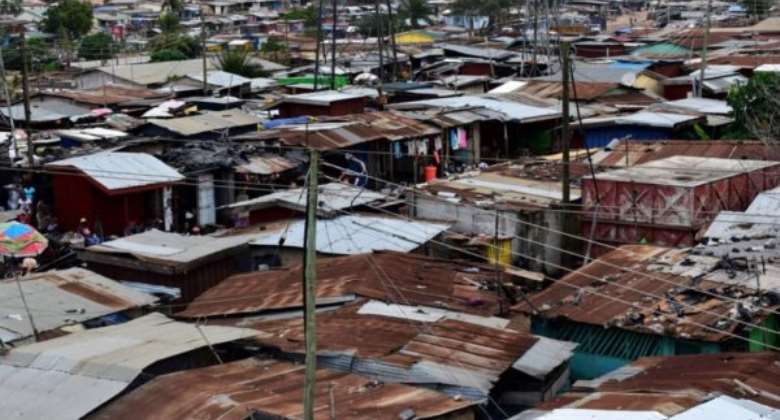 Less than 40 per cent of Liberian refugees living in the defunct Gomoa Buduburam refugee camp have opted for relocation so far, the Ghana Refugee Board (GRB) has said.

The GRB in collaboration with the United Nations High Commission for Refugees (UNHCR) had in the past few months, been making efforts to evacuate all qualified refugees from Buduburam to a camp currently under renovation in the Western Region.

It was for this reason that the intended demolition of the Buduburam camp by the government was put on hold till December this year.

But Mr Tetteh Padi, the Executive Secretary of the GRB, said only 155 out of the 400 recognised Liberian refugees had so far expressed interest in the relocation to the Western Region.

The government's decision to demolish the defunct camp aside from security concerns is also to construct some projects to facilitate the economic growth of the area.

“We have engaged them and our doors are still open for any refugee who would like us to relocate them, the numbers we had from the beginning have not gone up and I suspect that those who want to be relocated are the ones we have registered", he told the Ghana News Agency (GNA) in an interview.

Mr Padi was, however, quick to add that the Board was ready to admit any person who approached them before the deadline.

“We run a system where you cannot force people to stay in the camp,” Mr Padi said, adding that about 30 per cent of refugees in Ghana live within the communities.

“I hope that all those who are supposed to be in the camp will find shelter outside of the Buduburam settlement so that they will not be forced out,” he advised.

Without being specific on when the camp would be ready for the evacuation exercise, Mr Padi, said some of the shelters were ready for occupation, and that “if it becomes critical, we will move some people there".

For the other foreigners, Mr Padi hinted that they have been given enough notice to find accommodation.

Some of the inhabitants of the camp told the GNA that they had not been officially informed about the evacuation to the Western Region because they were not recognised as refugees.

Some others who have been identified as refugees but have rejected the offer of relocation to the Western Region explained that the thought of starting a refugee life anew in another region was traumatic.

Mimi Appleton, one of the recognised refugees, indicated that even though she had written her name for evacuation, she would rather be repatriated than move out of the defunct camp.

“I don't want to go there, give us money so we can go back to our country because we cannot go and start another refugee life,” she stated.

Nana Kojo Essel II, the Chief of Gomoa Buduburam, however, declined to comment on the matter since it was before the government.

The refugee status of virtually all the Liberians in Ghana expired in 2012, after which they were given the option of either returning home or remaining in Ghana with some assistance and eventually being on their own.

In September this year, the Gomoa East District Assembly in the Central Region where the Buduburam Camp (Liberia Camp) is located, served notice that it was going to demolish the place since it had become a den for criminals and other miscreants who carry out heinous criminal activities.

The decision was fiercely opposed by inhabitants of the area with some calling on the government to rescind the decision or at least, help them find shelters out of the camp before the demolition.

Some of the residents have since moved out of the place but the majority of the people will not budge.