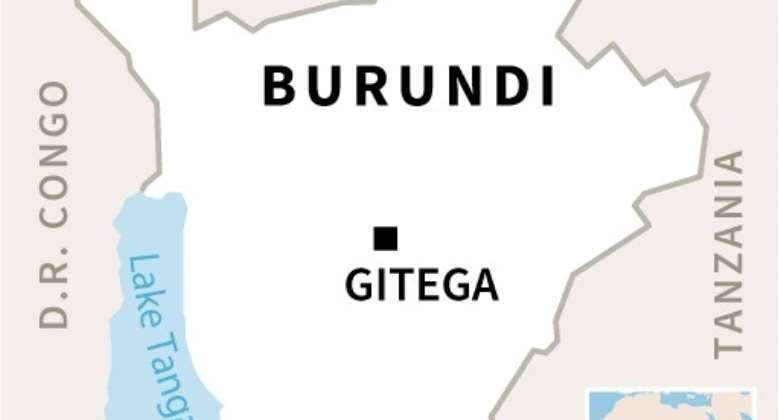 A massive fire ripped through an overcrowded prison in Burundi before dawn on Tuesday, with fears of heavy casualties as many inmates were still sleeping at the time, witnesses said.

The blaze broke out at about 4:00 am (0200 GMT) and destroyed several areas of the facility in Burundi's political capital Gitega, they said.

One inmate reached by phone told AFP that prisoners had perished in the flames, while witnesses said the injured were being ferried to hospital in police and army pick-up trucks.

The cause of the fire was not immediately known and there has been no official comment on the incident.

"We started shouting that we were going to be burned alive when we saw the flames rising very high, but the police refused to open the doors of our quarters, saying 'these are the orders we have received'," the detainee told AFP.

"I don't know how I escaped, but there are prisoners who were burned completely."

Teams from the Red Cross in Burundi were at the scene to tend to victims, and the flames had now been brought under control, witnesses said.

Those with the most serious burns were taken to hospital while others with milder cases were treated at the scene.

One witness said about 20 people had been taken to hospital.

Four senior government ministers as well as Vice President Prosper Bazombanza rushed to the prison after the disaster.

The facility housed more than 1,500 inmates at the end of November, according to prison authority figures, far higher than its capacity of 400.

Most of the prisoners are men but there is also a separate women's wing.

A large contingent of police and soldiers were surrounding the site and preventing journalists from approaching or taking pictures, the witnesses said.

A police source said the emergency services were late to the scene, with a fire truck arriving only two hours after the start of the blaze.

The same prison in Gitega, which lies in the heart of the tiny country, was struck by another fire in August, according to the interior ministry, which blamed it on an electrical short-circuit.

No casualties were reported from that incident.