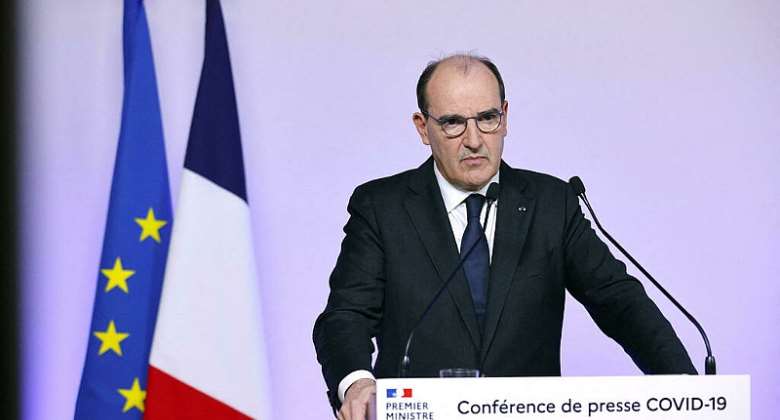 The French prime minister has announced a number of measures to curb the fifth wave of the Covid-19 virus ahead of the Christmas holiday season. Although lockdowns are not on the menu, nightclubs in France will be ordered to close for four weeks, schools will apply a stricter protocol and remote working is to be reinforced.

Jean Castex, who emerged from quarantine last week after contracting the virus, made the announcements on Monday night, after President Emmanuel Macron's cabinet met to discuss the fifth wave.

The measures come amid a sharp rise in Covid-19 infections that has seen several hospitals announce emergency protocols as beds fill up.

Schoolchildren face stricter social distancing and extended use of face masks indoors and outdoors, with infection rates climbing among young people, he said, adding that school canteens would need to limit the number of students mixing together at any one time

"We have all had a tendency to lower our guard" in recent weeks, he said.

No change to holidays

But the government stopped short of imposing stricter measures for the general population or targeting the non-vaccinated, as several other countries have done in recent days.

Nor will France shut schools early for the Christmas holidays, as in Belgium.

Instead, Castex said employers should encourage staff to work from home and urged people to ease off social engagements such as office parties as the year-end holidays approach.

And health passes will now be required for eating venues in outdoor Christmas markets, he said.

"The situation demands an individual as well as a collective effort," Castex said in a televised address.

"But it's no longer the time for lockdowns," he said, citing a French vaccination rate of nearly 90 percent of the eligible population.

Vaccinations could also be extended to children aged 5 to 12, he said, and the over-65s will no longer need appointments to get booster shots.

Several new vaccination centres will be opened in Paris over the coming days as current sites struggle to meet demand across major cities -- some 10 million people already having received booster jabs.

Nightclub owners reacted furiously to the new four week shutdown as of this weekend, having already been closed for most of last winter and spring before reopening in July.

"Once again there's no clampdown for any other sector," he said.

"They cancel New Year's Eve for us... but they'll be dancing in all the restaurants."

He also doubted that financial aid promised by Castex would be enough to compensate for losing out on the key holiday season.

Nearly all of the analysed virus cases in France involve the Delta variant, which has proved more infectious even among vaccinated people.

So far France has confirmed only 25 cases of the new Omicron variant but officials say the number could jump significantly in the coming weeks.

On Sunday, the health ministry reported more than 42,000 cases in the previous 24 hours, and more than 11,000 patients in hospital -- the highest number since August -- with 2,000 in intensive care.