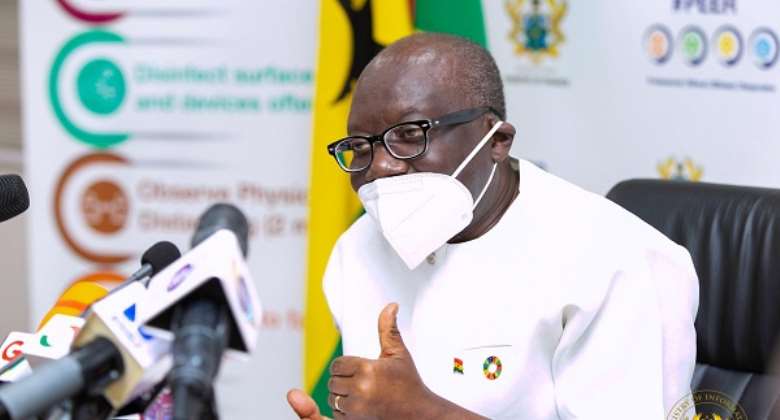 Finance Minister, Ken Ofori-Atta, says government would be forced to shut down if the passage of the 2022 Budget Statement and Fiscal Policy delays any further.

He said all the 700,000 public sector workers would go hungry next year if the 2022 budget was not passed.

The Minority in Parliament has stated that it would not accept the budget unless the Minister of Finance makes some adjustment to it.

However, Mr. Ken Ofori-Atta on Monday, December 6, 2021, announced some modifications made to the budget to address some of the concerns raised by the Minority.

He also added that consultations would continue with respect to the implementation of the e-levy, but warned of dire consequences if the budget is not passed as soon as possible.

“The full consequences of not passing the budget are serious. This would imply that from January 1, 2022, for the government to continue work, we would need to obtain parliamentary approval to spend in advance of the appropriation either than that, the entire government would have to shut down which will mean to name a few, no salaries for almost 700,000 public sector workers including doctors, nurses, teachers, personnel of the security services and others.”

The Minister for Finance, Ken Ofori-Atta, also said the government will continue engagements with the Minority and other stakeholders including mobile network operators in getting the proposed e-levy approved.

According to him, the levy has a significant impact on Ghana's fiscal situation, hence the need to ensure consensus on it.

“Having regard to its serious fiscal implications, we will continue our consultation with the minority caucus in parliament and other relevant stakeholders with the view to achieving consensus and reverting to the house in the shortest possible time.”

Meanwhile, the 2022 budget is expected to take centre stage again today, Tuesday in Parliament as the Minority is still insisting it hasn’t been approved.