It is time, Akufo Addo, to stop convincing Ghanaians that you are fighting against corruption 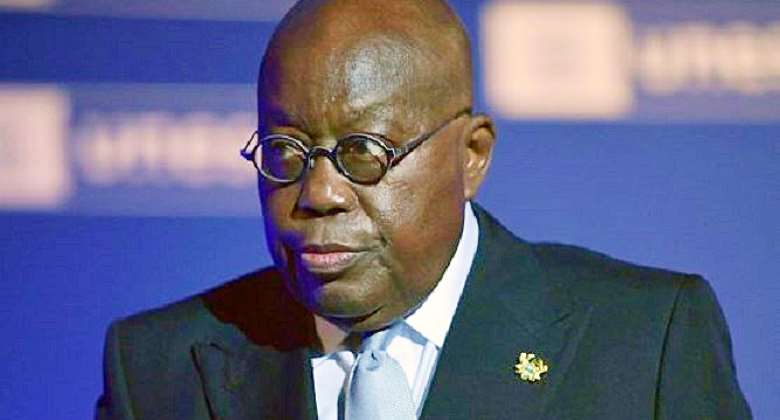 Anti-corruption measures and methods of effective counteraction are very important to any government, since corruption weakens every infrastructure, creating economic insecurity and financial instability of the state.

However, Nana Akufo Addo, I thought by now, you will never mention anything about the government’s effort to tackle corruption in the country since you have failed the task to protect the public’s purse as promised.

From the time you became the president of Ghana, you have never used your authority as president to convince the common Ghanaians in any way that you are there for them to fight against corruption. I will prove that later.

Nana Akufo Addo, there is something about the NPP’s fight against corruption which I have written about many times but surprisingly, it seems you don't get it or probably, you know it but only ignore to do whatever you find it good to convince Ghanaians you are fighting against corruption.

For example, if I, Joel Savage, want to avoid being a drug dealer suspect, I will make sure that I don’t have to associate myself with drug dealers. More importantly, I will avoid having anything to do with drug dealers in my house, my office, or anywhere.

You have tried over and over Nana Akufo Addo, to convince Ghanaians that you are not corrupt but then why do you keep corrupt politicians, such as Eugene Arhin, Kwasi Anin-Yeboah, and Charles Bissiw in your government?

I can't remember any longer the number of times I have asked you this question Nana Akufo Addo. There is no way you can keep these men in your government and convince Ghanaians that you are not corrupt. Not at all, it is not convincing, birds of the same feather flock together.

Therefore, what is the significance of launching the 2021 Anti-Corruption and Transparency program? It doesn’t make sense Mr. President. Nana Akufo Addo, God knows that I don't hate you but have failed to impress me the reason I find it very hard to give you any support.

Booker T. Washington, the African-American educator and reformer said “Associate yourself with people of good quality, for it is better to be alone than in bad company.”

So if you are not ready to get rid of Eugene Arhin, Kwasi Anin-Yeboah, Charles Bissiw, and other NPP politicians involved in corruption from your government, please, stop wasting our time with these false programs or propaganda of fighting against corruption. If nobody will tell you this, I will.