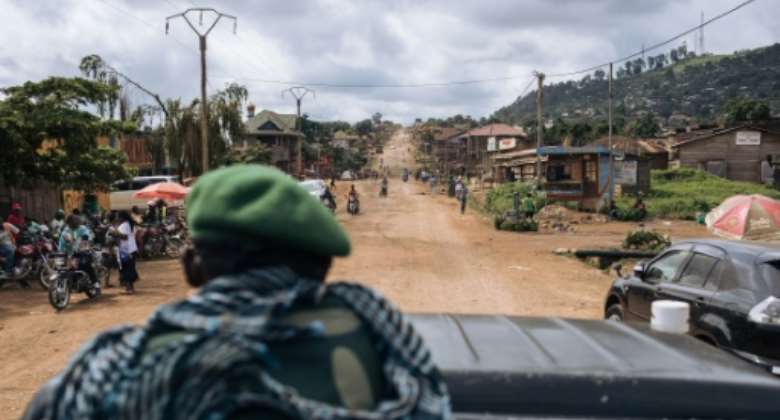 Ugandan troops are in DRC to back up Congolese soldiers in fight against armed groups. By ALEXIS HUGUET (AFP/File)

Ugandan forces were on Monday shoring up supply routes into neighbouring Democratic Republic of Congo where its army has set up an advance base to track down ADF rebels blamed for deadly attacks in Kampala.

Just before the entrance to Virunga Park in the east of the DRC, rows of army tents sprang up in the village of Mukakati.

About 13 kilometres (eight miles) from the base is the Nobili border crossing, through which columns of Ugandan soldiers, 4x4s, tarpaulin-covered trucks, tankers, armoured vehicles and heavy machine guns have been passing every day for almost a week, tearing up the dirt road.

The road is "really not good", Major Peter Mugisa, an information officer, told Ugandan TV. "We need to halt a bit for a week... (and) try to open up the road so that our heavy vehicles can move forward."

There were also problems securing supplies of drinking water, he said.

Early on the morning of November 30, Ugandan aircraft and artillery pounded areas where bases of the Allied Democratic Forces had been spotted.

The ADF, which traces its origins back to Uganda and has been active since 1995 in the eastern DRC, where it is considered the most deadly of the armed groups operating in the region, responsible for the massacre of thousands of civilians, kidnappings and looting.

After the Ugandan jet strikes, both countries' armies said they were following up ground searches.

The Ugandan defence ministry said the joint operation was codenamed "Shujja" -- the strong one, in Swahili.

While the Ugandan military is viewed with suspicion by some locals -- having been accused, along with Rwandan forces, of being a major destabilising factor in eastern DRC for decades, the failure of DRC forces to contain the armed groups has left little hope for a domestic-only solution.

Even "a devil" would be welcome if he brought peace and security, said Samy Kabonabe, the president of a local youth group.

"On the other hand, it is a failure of our Congolese military."

The North Kivu and Ituri regions have been under a state of siege for the past seven months, an exceptional measure that gives full power to the military but which has failed to curb the violence.

"We have suffered for a long time, we don't go to work our fields anymore" because of the insecurity, said Zawadi Pendeza, 34, adding that she is also happy to see the arrival of an army that seems experienced and well-equipped.

On the track linking Nobili to Mukakati, roadblocks were manned by soldiers from both armies, who checked travellers' papers and luggage.

On Monday afternoon, two officers, one Congolese and the other Ugandan, explained the operation and took questions from people in the centre of the village of Kamango, about eight km from Nobili.

"The message was that they had come to find the enemy," one resident said.