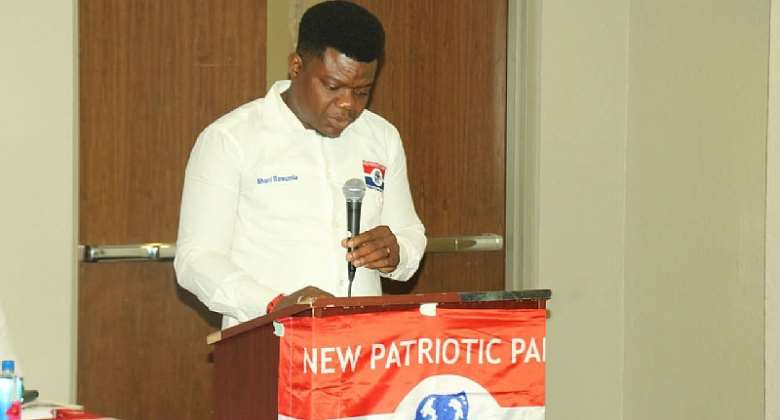 The intellectual wing of the ruling New Patriotic Party in Tallahassee in the United States of America want the party to present a very strong candidate moving into the 2024 general elections.

This the group believes will go a long way to consolidate the gains of the party and help the elephant family break the eight years electoral cycle.

In an inaugural statement, Abubakari Shani Bawumiah, the president of the group recalled what he described the painful memories of the 2008 elections, noting that the party risk going into opposition for more than a decade if the right choice of a presidential candidate is not made to help the party 'break the 8'.

"Ladies and Gentlemen, our resolve for the theme for today’s program is ' strategizing to break the 8 in 2024'. We choose this theme because, we are of a strong belief that, our party risks going into opposition for over a decade if we don’t get involved in making the right call for the right and deserving person to lead us into the 2024 elections. The sad and painful memories of the events that took place in Ghana after 2008 elections are still fresh in our memories".

According to the group, former president Kufuor had built Ghana to the status of a middle-income country with a promising future.

He added that the party could not manage its internal primaries well and went into elections 2008 with a divided front and lost power to the NDC.

Abubakari Shani Bawumiah reiterated the fact that the unity and bond that birthed the Danquah, Dombo and Busia Tradition was not just the party colors, but the exceptional allegiance the party pay to the principles and tenets of development in freedom.

He pledged to work faithfully and diligently together with his colleague executives to increase the lots of the party.

Abubakari Shani Bawumiah commended Hanan Aludiba, the CEO of National Buffer Stock Company, who was present at the occasion for the immense support.

They were equally grateful to Obaa Yaa Frimpong,Salam Mustapha and the Northern Regional Chairman of the party, chairman Samba.

Finance Minister announce transactions to be excluded from E...
31 minutes ago