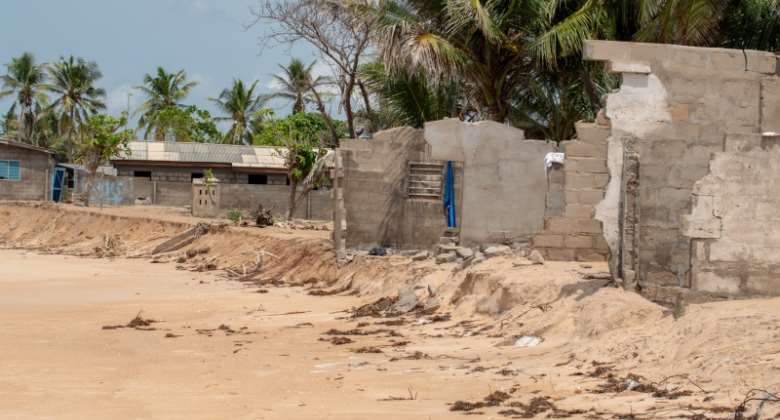 Government will commit at least GH¢10 million to preparing a plan to fight coastal erosion in worst affected communities.

Addressing the press on Monday, December 6, 2021, the Finance Minister, Ken Ofori-Atta, said the government is also eyeing a more holistic solution to tidal wave flooding that recently displaced some 3,000 in the Anlo district, Keta, and Ketu South Municipalities.

“We shall make necessary budgetary allocations of at least GH¢10 million to complete the feasibility and engineering studies for the coastal communities adversely affected,” the Minister said.

“We will broaden the scope of the study to consider a more comprehensive solution to protect Ghana's 540 kilometres of coastlines, including the 149 kilometres between Aflao and Prampram,” Mr. Ofori-Atta added.

Giving further clarity, during the question and answer session, the Minister said various sea defences could cost between GH¢3 million and GH¢500 million per 5 kilometres.

To settle on an adequate plan, Mr. Ofori-Atta said “there is a real need to dig deep into understanding the type of technology that we need to use to make sure that we protect the coastline.”

This announcement followed the Minority in Parliament asking the government to incorporate adequate measures to address the issue relating to the tidal wave flooding, as well as a demand for an allocation for the Blekusu Coastal Protection Project to find space in the 2022 budget.

The original budget statement delivered to Parliament made no mention of the construction of sea walls or other measures to counter coastal erosion.

According to estimates, the sea erodes 1.5 to 2 metres of Ghana's 560-kilometre coastline annually.

The Finance Minister said he has written to the Speaker of Parliament communicating these changes.

Finance Minister announce transactions to be excluded from E...
28 minutes ago