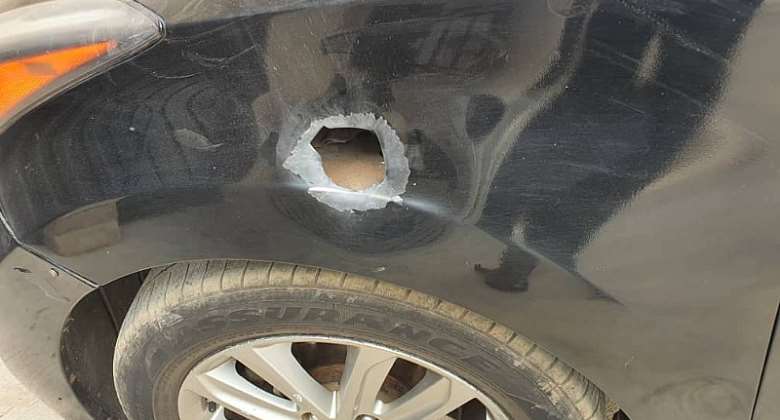 A 37-year-old ex-police officer has been arrested by police at Ejisu for allegedly attempting to shoot his tenant over rent arrears.

Prince Nyarko was said to have fired two gunshots on Saturday, December 5, 2021 to ostensibly cause harm to his tenant after a scuffle between the two over unpaid rent.

Speaking to this reporter, the tenant, Prince Boateng narrated that, the suspect asked him to move his family out of the house after their rent agreements expired for three days.

He added that the landlord had asked them to vacate the house in the morning which he refuse due to the time range.

"Mr Nyarko went into his room and returned with a pump action gun, which I at first thought was only a move by him to scare me out of the house.

"I went into my car to drive out of the house only for my landlord to fire two shots directly at me in the car, I had to scale the fence war to save my life," he recounted.

A reliable source at Ejisu Police Command has confirmed the arrest.

The source further explained that the man is currently in police custody assisting investigations adding that the suspect is yet to be charged.

You have collapse the economy, now you want us to pay E-Levy...
46 minutes ago