'Bawumia, the weak cedi is running; arrest it as you promised' – Duffuor 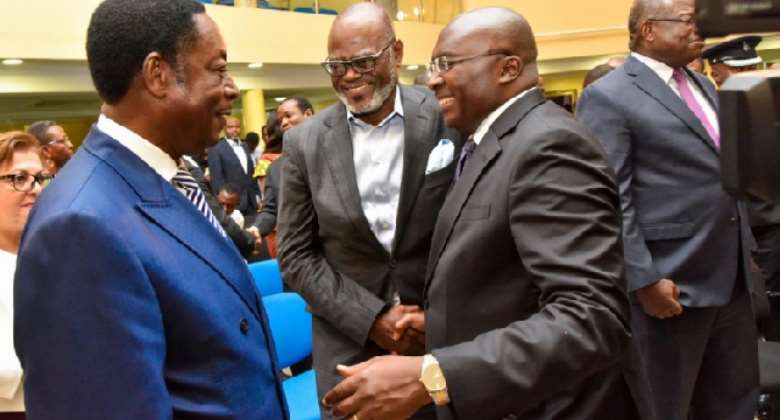 Former Finance Minister Kwabena Duffuor has said the weakness of the Ghana cedi has exposed the Akufo-Addo government’s government per Vice-President Mahamudu Bawumia’s own standard of measurement that ‘If the fundamentals are weak, the exchange rate will expose you’.

Speaking in an interview on GHOne TV, the former Governor of the Bank of Ghana, who has expressed interest in becoming the flagbearer of the National Democratic Congress (NDC), said there were “obvious” challenges with the economy.

“He [Bawumia] also made a point that he had worked at the central bank and that there was so much money and we didn’t have to go and borrow; what has happened during his term?”

Dr Duffuor also described as “wicked” and “unfair”, claims that he is being used by the governing New Patriotic Party (NPP), to put spokes in the wheel of former President John Mahama’s comeback for the 2024 general elections.

“Those claims are just wicked and I pray that those people will put their thinking caps on”.

“It is very unfair”, he added.

The former Finance Minister pointed out: “Who will serve a country for four years and will not accept anything: no salary, no allowances, no ex gratia?”

“Why would I be a mole when money is not my problem”, he wondered.

According to him, he delayed the pursuit of his presidential ambition by a few years despite having being urged by former president Jerry Joh Rawlings to run for the slot in 2018.

“I felt the time was not right when Rawlings called on me to contest”, he explained.

The late ex-president, Dr Duffuor revealed, “said he was going to lead my campaign himself but I didn’t”.

“The only reason I’m doing so now is because I think the party can still do better and it must involve everyone”, he added.

The businessman, who is in his 70s, also shrugged off age concerns, saying: “Why should age matter?”

“The focus should be on what the person brings to the fore and what they are capable of delivering when given the job and my track record proves what I can do in almost every sphere of the economy”, he noted.

“My record and the work we are capable of doing should be the driver of the conversation not age”, he added.