Omicron and the Travel Ban Itch 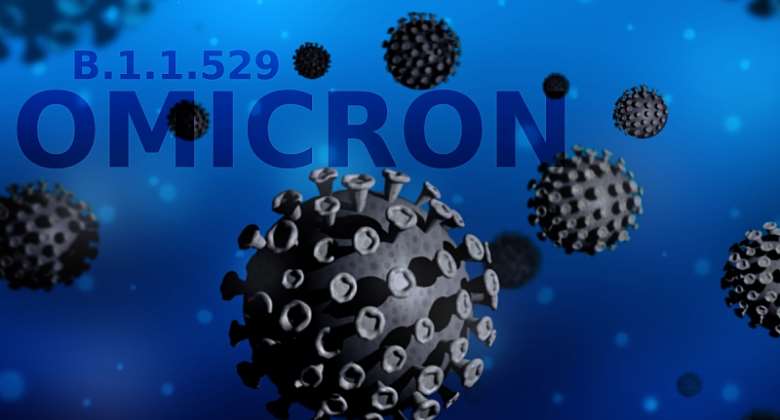 Stick to the script: owe that duty of care to your population, so the legal experts in government tell you. Self-interest pays, if in small amounts. These rigid, formulaic assumptions have done wonders to harm and deter any spirit of cooperation regarding dealing with the COVID-19 pandemic.

History’s record of humanity’s response to plagues, pandemics and disease is one of isolation, marginalisation, and exclusion. The infected shall be kept away and sealed off from the healthy and wealthy. This, inevitably, results in partiality, prejudice and distinctions. Omicron, having been pumped with the prestige of a potential COVID super variant, has given dozens of countries grounds to stop travel, halt movement and stem flights. As always, these measures have been applied unevenly and hypocritically.

First reported by South Africa, the country now has the distinction of being, along with a range of other Southern African countries, pariahs in terms of international travel. Little wonder that individuals such as the Chair of the South African Medical Association, Dr. Angelique Coetzee are alarmed at what was essentially a replay of the initial global response to COVID-19.

In Coetzee’s judgment, Omicron, while seemingly harder to detect, does not deserve a ladle full of fear. “Looking at the mildness of the symptoms that we are seeing, currently there is no reason for panicking, as we don’t see severely ill patients.” The prevailing “clinical complaint is severe fatigue for one or two days, with the headache and body aches and pains.” She also noted instances of a scratchy throat and dry coughing.

South African Health Minister Joe Phaahla similarly reported that his country’s “clinicians have not witnessed severe illness. Part of it may be because the majority of those who are positive are young people.”

Vaccine manufacturers such as Moderna have been quick off the mark in sowing seeds of mild panic, claiming that existing COVID-19 vaccines will be less effective against Omicron. According to the company’s chief executive, Stéphane Bancel, the number of Omicron mutations on the spike protein – the part of the virus famed for infecting human cells – and the speed of transmissibility, suggested an imminent “material drop” in effectiveness.

This less than responsible prediction, in the absence of cold hard trials and laboratory results, was marvellous for speculators and someone was obviously making a packet on the sliding of the Dow Jones Industrial Average, which slipped 652 points (1.9%) on November 30. The S&P 500 and the Nasdaq also fell 1.9% and 1.6% respectively.

The World Health Organisation has never been partial to the idea of a travel ban in the face of disease. But it finds itself in a difficult position. Closing the borders can inflict harm; but not encouraging closures might result in retrospective condemnation from governments who fear their populace and chances of survival at the ballot box. The stance taken towards Omicron is that the haste on the part of many countries in sealing Southern African countries off has been irrational and disproportionate.

In a statement from WHO Director-General, Tedros Adhanom Ghebreyesus, concern was expressed that countries such as Botswana and South Africa “are now penalized by others for doing the right thing.” Nation states should “take rational, proportional risk-reduction measures, in keeping with International Health Regulations.”

Suggestions included passenger screenings prior to and after travel, or the use of quarantine for international travellers. “Blanket travel bans will not prevent the international spread of Omicron, and they place a heavy burden on lives and livelihoods.”

The Director-General also made the pertinent point that the Delta variant remained pre-eminently dangerous. With the tools already available to combat that mutation, using them effectively would invariably also “prevent transmission and save lives from Omicron.”

These are also views held by the UN Secretary-General António Guterres, who has also suggested a testing regime for travellers rather than a shutting of the door. “With a virus that is truly borderless, travel restrictions that isolate any one country or region are not only deeply unfair and punitive – they are ineffective.”

On a cooperative and collaborative level, the travel ban on South Africa has also had a discernible effect. As Maria Van Kerhove, the WHO’s lead on COVID-19 remarked, South African researchers, despite being keen to share data, samples and information, find themselves facing obstacles in actually having samples “shipped out of the country”.

As with other pandemics, gross inequality shadows, imposes and manifests in every phase of the response. “We are living through a cycle of panic and neglect,” laments Tedros. Be it the imposition of national quarantines, international closures, restrictions on access to diagnostic equipment, protective equipment, vaccines, the moneyed shall find their way to the top, if only because they were there to begin with. Those without bountiful lucre, few resources other than ambition and little else other than hope, will be squashed, or at the very least find themselves isolated and delayed.

In the whirlwind that is viral change and adjustment, the WHO has uttered some statements of sense. But these are not going to find a home in countries which have invested billions in pandemic infrastructure and restrictions. Vaccine mandates are being retained in some countries with high vaccination rates, which tends to make more than a mild mockery of the vaccination program itself.

The talk of boosters means that those who have not satisfied the next round of regulatory safety will be barred from bar and border; from restaurant and recreation facility. It is also a reminder that wealthier, high-income states will prioritise their own populations, leaving such collective efforts to immunise the globe, such as COVAX, behind. Doing this will only serve to delay the vaccination of poorer countries and encourage the next roaring mutation to stumble onto the world stage. There are many other potential Omicrons in the pipeline.

In the meantime, countries such as South Africa may well rue their candour in disclosing a variant it was so quick to identify and sequence. There is little to suggest that Omicron actually originated there but such details will never get in the way of irrational impulse and shoddy judgments.

You have collapse the economy, now you want us to pay E-Levy...
36 minutes ago