Navrongo: Kologo Chief given one week ultimatum to retract, apologize over alleged sales of ECG poles 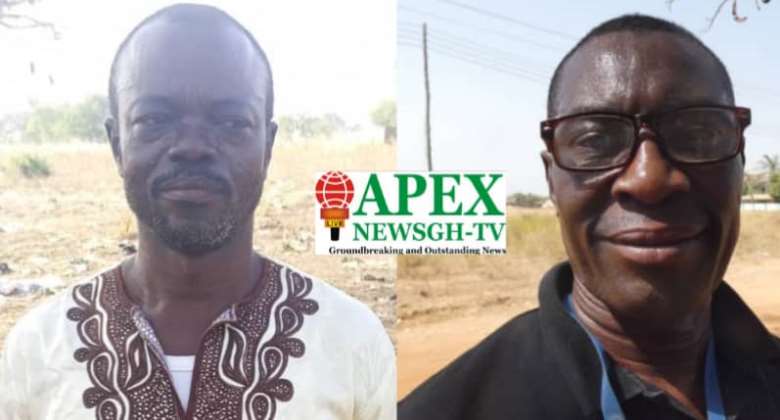 Mr. John Bosco Asobayire and Mr. Francis A. Asobayire, the two family brothers who contested the chieftaincy seat with the current paramount chief of Kologo traditional area Naba Clifford Abagna Asobayire, has described the chief’s recent comments against them as baseless and face-saving.

Earlier in an interview with this reporter, the Kologo chief accused those who contested him during the chieftaincy race and some assembly members as the same people trying to give him a bad name, following the accusation that he the chief was selling the electricity poles secured for the community rural electrification project.

The chief earlier said, “I know, I contested the chieftaincy with some people and they are the same people who are trying to give me a bad name when am doing good for my community.

Meanwhile, in a press statement cited by this reporter, the two brothers who contested Chief Naba Clifford during the chieftaincy race, are giving the paramount chief Naba Clifford up to next week to retract the portion of the publication.

Below is the full rejoinder:

This write up is our reaction to the baseless and face-shaving allegations “Naba” Clifford Abagna Asobayire made against Assemblymen of Kologu and those who contested the Kologo chieftaincy with him.

We are referring specifically to the publication by apexnewsgh.com dated 30th November 2021 captioned above. We those described by Naba Clifford Asobayire ‘Chief of Kologo’, as failed contestant to the Kologo Paramountcy Skin in the said publication wish to set the records straight.

We therefore wish to clear our names from the portion of the publication that seeks to portray us as saboteurs of development of our own community.

In the prevailing circumstance, we now wish join you in discussing your character that has landed you in this trouble. Merely accusing others of ‘trying to give you a bad name when you are doing good for the community’ is intended to divert public attention and will not wash. Without any prejudice, we wish to state the following as facts about you which are public knowledge.