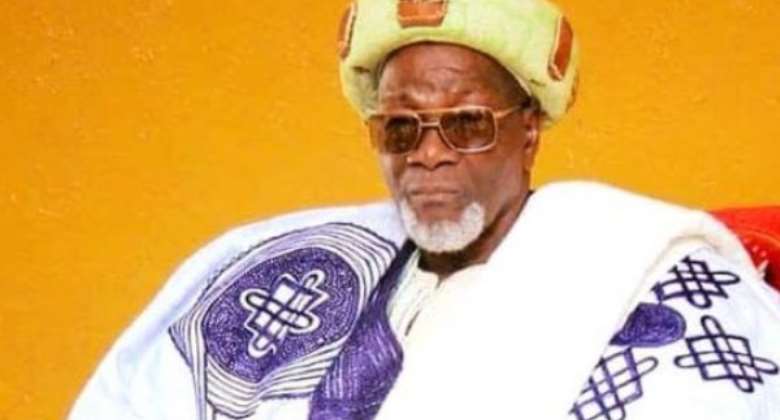 The overlord of Dagbon, Ndan Ya Na Abubakari II, has expressed appreciation to Government for the implementation of "laudable" policies and programmes in the agricultural sector.

He said the policies had brought positive impacts on his subjects and communities in his traditional area.

The King of Dagbon, made the remarks when Dr Owusu Afriyie Akoto, Minister for Food and Agriculture, and his entourage, paid a courtesy call on him at his Gbewaa Palace.

He said Government's decision to prioritise agriculture, through the provision of input and other resources was in the right direction, stressing that agriculture was the mainstay of the country's economic development and that investments in the sector was apt.

The Ya Na said policies such as Planting for Food and Jobs, Planting for Export and Rural Development, Mechanization, Greenhouse amongst others, had benefited most of his subjects.

He, therefore, encouraged Government and the Ministry to continue to consolidate the gains to sustain the impacts on the development of the people.

"I can say without doubt that my people have benefitted a lot from your policies and programmes, especially the seed and fertilizer supplies, which have seen massive improvement since your government assumed power in 2017," he stated.

The Ya Na urged government to implement other policies that would create job and grow the economy to enhance the lots of the citizenry, especially in the northern regions.

Dr Akoto commended the Overlord of Dagbon for fostering peace and development in the Dagbon Traditional Area.

He said Government, through the support of the African Development Bank (AfDB), had introduced several programmes such as the Savanna Accelerated Productivity Improvement Programme (SAPIP), Savanna Infrastructural Programme (SIP) amongst others, specifically targeted at the five Northern regions due to their contribution to agriculture.

The tour of the Minister is part of activities to round off this year's National Farmers' Day celebration, which was held in Cape Coast, Central Region.