"Bite" And I Will "Sting": Open Letter To Johnnie Beresford Hughes 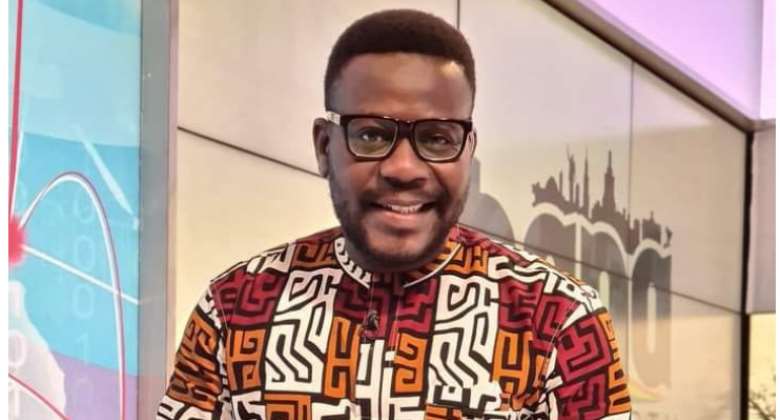 To begin with, I would like to make it clear that I hold no grudge with any media practitioner(s) or media house, and I have never ever intended to engage in any act that could be, in the least, interpreted as either hostile to the media, or, inimical to freedom of speech.

As a writer
Though I am not a trained journalist, I have an impeccable track-record of being a columnist for various newspapers as far back as the mid-80s (the days of P&P etc.,). As a matter of fact, my first article was published in the Mirror Newspaper (My Turn) column in 1991.

Besides all that, I was a weekly columnist (MY VERDICT) for the Daily Guide Newspaper; the private paper with the biggest circulation in Ghana, from 2007 to 2012, when I lost my mother and my attention became so divided.

For the period I wrote for Daily Guide, I was also a syndicated columnist for The Searchlight, The Patriot, The Statesman and other online portals as Ghanaweb, ModernGhana and SpyGhnana. And this was done for free because writing is a passion. Just google the name Justice Abeeku Newton-Offei and see what pops up!!!

For the entire period of 2016, I wrote daily editorial for the Statesman newspaper, even while I was on campaign trail with then candidate Nana Addo, across the country.

I remember when the Daily Guide Newspaper wanted me to go and cover a 3-day program in Washington, U.S.A, sometime in April 2012, the Consular officer who interviewed me at the US Embassy simply googled my name, and when the volume of my articles popped-up, she immediately issued me with a 1-year visa with work permit.

Civil service
I graduated from the School of Medical Radiography in 1990, and my first station was the Tema General Hospital where I headed the Radiology Department as very young professional. And since I qualified in 1990, I started paying taxes to the country.

While working at the Tema General Hospital, I lived in government flat at Konduah Flats at Comm.2, near 'Agba Maame' and close to the late Mr. P.V Obeng's residence.

We had a Residents' Association which Mr. P.V Obeng was a patron so we used to interact with him a lot and he once offered me a scholarship to go and study medicine in Cuba, which, out of 'immaturity' and ideological inclination, turned down because I was not so enthused being in a Communist country.

Abroad
Sometime in 1994, I was recalled to Korle-Bu Teaching Hospital and offered a scholarship to pursue further studies in Anesthetics but I had other personal plans. In January 1996, I secured a Swiss visa, bought air ticket (Swissair) from my personal savings and left the shores of Ghana to experience the world out there.

Business
I left Switzerland for Belgium, Holland and finally settled in England in 1998, where I worked; after three years and six months, returned home, registered Justed Company limited (Transport&Haulage), bought 12 BMW-7-series luxury Saloon cars and started with rentals, employing 20 workers, at the time I was barely 30years.

Academic pursuit
In 2018, I pursued a 2-year Masters' program in the field of International Relations and Diplomacy at Ghana Institute of Management and Public Administration (GIMPA). And by the grace of the Almighty God, I successfully graduated in 2020.

Role at SEC/SIGA
And after being appointed presidential staffer in 2017, I was seconded to then-State Enterprises Commission (SEC) for 2years (2018 to 2020). When I went there, the place was in total shambles.

But with dedication and handwork, I did my best to bring about State Interests and Governance Authority (SIGA). There were times we sat through pre-contract-signing negotiations from dawn to dusk during Christmas holidays.

I set up and rejuvenated the once dead website of SEC with a live interactive feature to respond to queries from the public. As a result of that, a delegation from Malawi, comprising Presidential staffers and high-ranking public servants got in-touch with us and visited Ghana to learn from our expertise.

I was deeply involved in the drafting of the SIGA Bill and all processes leading to its actualization. We also came up with the Chamber of CEOs of SOEs, and the constitution of this Chamber was written by a Committee chaired by my good self.

During my 2-year period, I accumulated a wealth of knowledge and experience through several training programs in areas of good Corporate Governance practice and Financial Reporting.

Riff-raffs
Johnnie, I decided to give this brief history of my life story, just to cement the fact that being a public servant, today, does not mean some of us have never had a life, just so you know that, current presidential staffers are not riff-faffs as you always, erroneously, seek to portray. The staffers are highly accomplished individuals in their various fields of academic pursuits.

Paying taxes
Again, some of us, at barely 20years-old, were working and paying taxes to the State. This paid for education and other infrastructure some of you latter-day 'saint' media loud-mouths, who claim to know everything under the sun. You can insult anybody, albeit baselessly, but under the illusion that nobody has the right to respond to you.

Regime-change
Johnnie Beresford Hughes, as a media practitioner, has the right to criticize the government on any issue and even engage in outright insults; that is the understanding of democracy to the Ghanaian media and we do grant them that. In much the same vein, as ordinary Ghanaians, irrespective of place of work, have every right to critique the work of the media.

But Johnnie, when it has become pretty obvious that you have embarked on a deliberate enterprise, not to, objectively, criticizing policies of government, but, effect a regime-change so your preferred political party came to power, then, it is incumbent on appointees of the government to, dutifully, counter such maliciously jaundiced journalistic shenanigans, with the raw facts and figures.

As a media practitioner, you should know that the tenets of your profession require you to put out the facts and figures pertaining to an issue, and let the audience make their conclusions. But you have, completely, thrown this core principle of journalism, out of the window, and replaced same with tragically opinionated diatribes.

You describe the sitting-President and the Vice with all kinds of woefully unsavory words, forgetting that these two personalities also have people who might not even be appointees of the government, but cherish and hold them in high esteem and therefore will, instinctively, respond.

On 5th November, 2021, you said this on your “bite”: under Nana Addo, we now have presidential staffers who are enjoying free accommodation, free petrol etc., and can afford air tickets for their girlfriends to go on holidays abroad.

And to tell you the truth, Johnnie, when a person uses his media platform to display such obscenity in trumpeting such putrid discordant cacophony of chronically constipated diatribes, then, it is pretty obvious he is not motivated by patriotic-motivated critique, but, crass unprofessionalism and unmitigated bitterness.

Again, on 8th September, 2021, you said if ndc parliamentarians had not engaged in “do or die”; Carlos Ahenkorah would have run away with the ballot papers in parliament”. On that day, Carlos was actually pummeled by the likes of Muntaka and you think that was acceptable behavior in the chamber?

Scrotal hernia
You always shout yourself to the point of suffering scrotal hernia, that, “I have every right to lambast government appointees because they are being paid with my taxes”.

But Johnnie, who told you these appointees who have become your 'twapia' for maintaining oral hygiene, every morning, equally, do not pay taxes to contribute to the numerous problems you wanted fixed?

The pool debacle
Johnnie, when you and your team first went to the Keta; slept in the same hotel at Tegbi with Ex-President John Mahama, and reported on the tidal wave issue, I was also in Tegbi with my wife, visiting her family.

I was watching you on TV one morning, bare footed in a small pool of water with trousers rolled up saying “I have decided to stand in the water to let viewers appreciate what the people are going through” and I remember my 5year-old son asking me “Daddy, why is the man standing in the water when all those with him are on dry grounds”. And I just shook my head in utmost disappointment.

Even the little boy saw through your grotesque insincerity and notoriously jaundiced journalistic calisthenics, when he realized the place was not completely flooded as you sought to project, because, there were vast dried portions where your colleagues and guests stood with their shoes on. Could you not have, equally, be on the same dry grounds with your shoes on?

Double-tongued
Johnnie, you always describe those of us who, sincerely, critique your notoriously skewed utterances as “social media land-guards who are idle and therefore always sitting behind computers”. But at the same time, you heap praises on those you claim come under your posts to defend you.

Now, are those defending you sitting on planet Neptune wearing cardboard goggles with no access to TV3?

Indeed, you and your ilk are having a field day because in Ghana, it has become sexy to box-up people, irrespective of their life-time-achievements and personal integrity, and brand them “useless and corrupt”, just because of noxious partisan bigotry.

But let this be very clear to you; henceforth: when you “BITE” as a mosquito, I will “STING” as a bee.