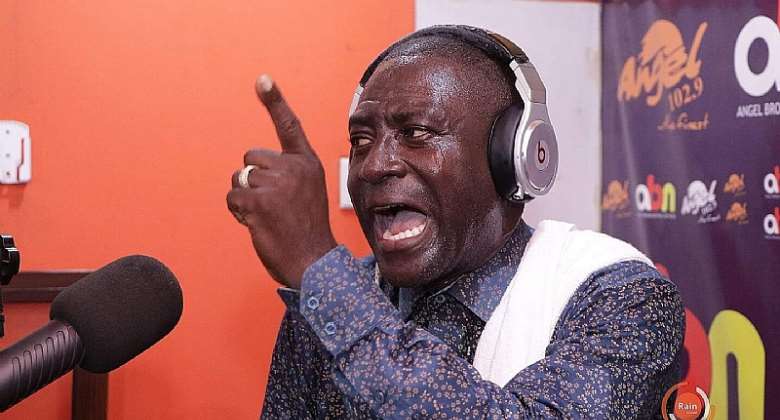 There is a divided public opinion on the arrest and bail of radio and television programme presenter Captain Smart a few days ago. Captain Smart was arrested by the Accra Nima police on Thursday, 2 December 2021, following his seditious pronouncements on his radio/TV station.

Captain Smart has earned notoriety for persistently coming across as a fearless journalist in defence of Ghana and the people therein against official corruption, the bane of the economic emancipation of the country. He earned public admiration when he embarked on the “Ye regya yen sika” crusade intended to force some discovered corrupt government and civil service personnel to cough the millions of Ghana Cedis they have so embezzled.

No sooner had he earned public affection than he grew horns, then flew on a different tangent to attack the person of His Excellency the President, Nana Addo Dankwa Akufo-Addo and his NPP government, their policies and programmes and some other highly-placed persons in Ghana. Insulting these people with impunity has become his trademark, if not his daily menu for breakfast.

You can insult and get away with it; that is permissible. However, to level criminal accusations against someone automatically becomes libellous and can open the floodgates for lawsuits. Again, it becomes worse when you call for public uprising on intent to overthrow the government. Such a call or incitement to cause uncontrollable chaos in the country, cleverly beckoning to the military to take defiance action, clearly amounts to a treasonable offence punishable by death sentence according to the country’s 1992 Constitution, I should think.

From the brazen statements made by Captain Smart, there was the justified need for his arrest by the police for questioning, cautioning and subsequent bailing.

It is not every statement that one should stupidly make, because they are fearless. If such statements are factual, then make them, but not when they are false and intended to incite people to do wrong to compromise the security of the nation.

While a section of Ghanaians think Captain Smart is speaking the heart desires of the silent majority, others are of the opinion that he has become a nuisance juggernaut that deserves to be put in his rightful place for the good of the nation.

He is not a wise, honest, strong and fearless person he who just starts talking without critically analysing the greater picture but out of simplistic emotions, let out their nation-wreaking views.

Yes, standard of living in Ghana is currently tough for almost everyone. However, such conditions of economic hardships prevalent at the moment are not limited to only Ghana but are worldwide. All those in the advance countries are going through similar inflationary period with prices of goods and services rising with the attendant loss of jobs and other problems. This has been made worse by the Covid-19 pandemic with its ramifying variants.

Therefore, for any ignorant journalist to rise up to deceive the public by saying it is the president and his NPP government that have by their policies brought such hardships upon the people, I am afraid, such journalist is not being honest to himself and with Ghanaians.

I am sure that Captain Smart like many others of his calibre, does not make any research to authenticate the information he receives before disseminating them for public consumption. He thinks he is bold so he can do and say whatever he likes and whenever, to get away with it. No, that should not be the case.

Nobody should see his arrest and bail as the government’s ploy to silence the journalists in the country. No, far from that. He is a fool and a liar whoever reasons that way.

The police want to ensure that no false messages that are capable of turning the nation upside down are fed to the public but the truth. How I wish Captain Smart was arraigned to disclose his real motive behind calling for public uprising amid castigating the military, traditional chiefs, religious leaders and Civil Society Organizations (CSOs) for remaining silent in the face of what he perceives to be the NPP government messing up the country.