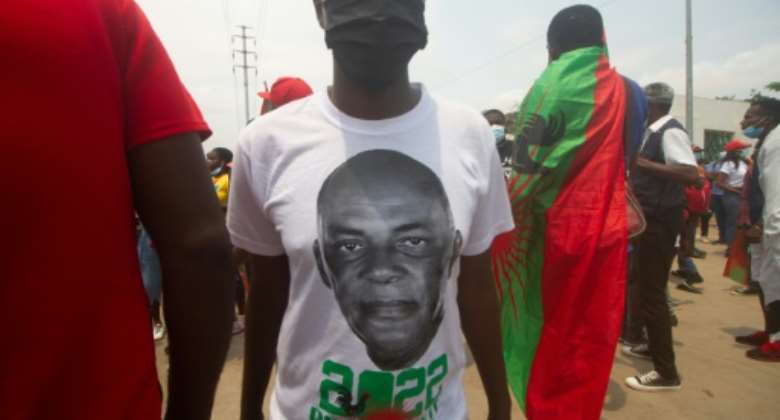 Adalberto Costa Junior was the president of the National Union for the Total Independence of Angola UNITA until October. By Osvaldo Silva AFP

The man expected to be the main candidate to take on Angola's President Joao Lourenco in polls next year has been re-elected as leader of the biggest opposition party after he was ousted by a court.

Adalberto Costa Junior was the president of the National Union for the Total Independence of Angola (UNITA) until October, when the Constitutional Court annulled his 2019 election as party leader.

Costa Junior at the time accused the court of "an attack on democracy" without legal basis.

The court's decision came on the very same day that UNITA formed a coalition with two other groups to increase its chances of defeating the long-ruling MPLA in elections due in August 2022.

However after a three-day party congress in the capital Luanda he was re-elected as the party's leader, UNITA said in a statement on Saturday night.

Costa Junior was the only candidate and won 1,121, or 96 percent, of the votes cast.

Isaias Samakuva, a former UNITA president who stepped in as interim leader after Costa Junior's ousting in October, said at the start of the party congress that it would cover issues "concerning efforts to bring about a change in political power" next year.

He called on party activists to "clearly identify our adversary" and ignore the ruling regime's political manoeuvres to undermine the unity of the opposition.

Costa Junior, 59, is seen as the main threat to President Lourenco, 67, who is expected to seek a second term.

Lourenco's Popular Movement for the Liberation of Angola (MPLA) has ruled the oil-rich but impoverished southern African country since independence from Portugal in 1975.

In October Costa Junior was briefly named the leader of a new opposition coalition, known as the United Patriotic Front, but stepped down after three days following the court's ousting him as UNITA leader.