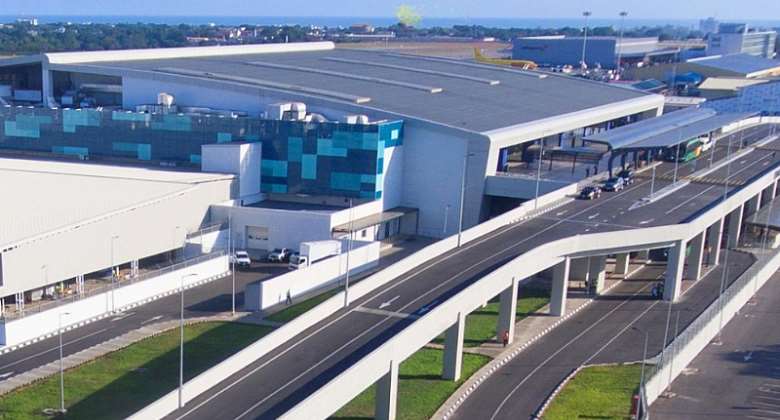 On Aviation This Week today, the focus is placed on some of the topical aviation industry stories between 29th November, 2021 and December 4, 2021 relevant to Ghana’s aviation space. Here are the highlights:

Why Brussels Airlines’ Flight to Accra Delayed on November 29, 2021

Brussels Airlines’ flight from Brussels to Accra on Monday, November 29 , 2021, had its scheduled 5:20 pm arrival time at the Kotoka International Airport delayed due to an undisclosed medical condition suffered by the captain almost an hour into the flight. The first officer on the day returned the aircraft to its origin where a new captain took charge of the flight which eventually arrived in Accra almost 3hours late.

Why British Airways Cancelled its Flight on November 29, 2021

According to an Asaase News report, British Airways was forced to cancel its Accra bound flight from London on November 29, 201 due to challenges in allocating an aircraft and concerns of excess baggage carried by passengers. A new flight was arranged for the affected passengers the next day.

United Airlines has begun operating seasonal daily flights between Washington and Accra ahead of the Christmas and New Year festive seasons. The service is in response to increased passenger demands and will run through to the end of January 2022.

After years of agitation over its dormancy, the Ho Airport has received its first commercial flight from PassionAir. The airline inaugurated Accra to Ho as one of its newest destinations on December 1, 2021, and will now fly on Saturdays and Sundays between the two cities.

In compliance with directives by Moroccan authorities, Royal Air Maroc as of November 29, 2021, suspended its operations in and out of Morocco. The temporary suspension is to help control the importation of the Omicron variant of COVID-19 and will for now last through to December 13, 2021. Customers who have their bookings affected can visit their sales point to demand date changes, refunds, or vouchers.

PassionAir as part of its route network expansion has added Wa as one of its two latest operational destinations. The airline will now serve the Accra - Wa route on Mondays, Wednesdays and Fridays with a stopover in Tamale.

Ethiopian Airlines has been awarded as the Best African Airline for its effective communication, implementation of COVID-19 health and safety protocols, among others at the 2021 Business Traveller Awards.

KLM, Turkish Airlines, Emirates Airlines and Qatar Airways have received the ‘World Class Airline’ title at the recent APEX Awards. This new award category by APEX rewards airlines for their contributions to sustainability, safety, customer experiences, brand integrity, among others.

With growing concerns on the effect of carbon emissions on climate change, United Airlines has become the first airline in history to operate a commercial flight service using a 100% Sustainable Aviation Fuel. The flight which operated on Wednesday, December 1, 2021, flew from Chicago to Washington.

Togo-based airline, ASKY has refuted online reports suggesting that it is giving away prizes to 2,000 people as part of a 20th anniversary celebration. The airline has advised its customers and the general public to treat the news as fake.

Ghana earlier this week recorded its first case of the Omicron variant of the COVID-19 virus at the Kotoka International Airport. According to health authorities, the variant was identified amongst the samples of passengers who arrived in the country from Nigeria and South Africa on November 21, 2021.

A former Managing Director of the Ghana Airports Company, Charles Asare has stated that Ghana is indeed ready to clinch the position of an aviation hub in West Africa. He stressed that the development of domestic airports and other key aviation infrastructure puts the country ahead in the sub-region.