South Africa’s President is not in west Africa to taste ‘jollof rice’. 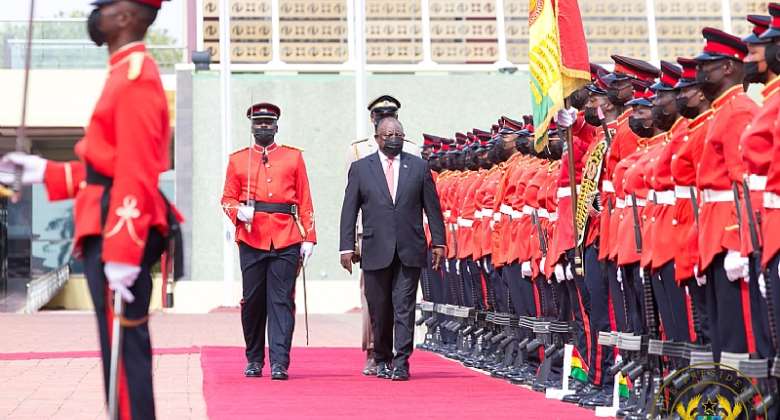 [USAfrica, Houston] I do know that South Africa’s President, Cyril Matamela Ramaphosa, is not, currently, engaged in a site-seeing trip for west African traditional dances.

He's not in West Africa to taste whose jollof rice is better….

As a strategic thinker, he envisions some opportunities from some of the challenges facing Nigeria.

After all the pursuit, protection and promotion of the national interest of any serious country is Not a sentimental activity.

Amidst Covid-19 ‘Omicron’ concerns, he concluded his visit to the “giant of Africa”, Nigeria; first of four-nation West Africa visit.

Ramaphosa was in Côte d'Ivoire on December 2 and 3, where he addressed the opening session of the Africa Investment Forum.

President since February 15, 2018, came into limelight as a young and vibrant former trade union leader around the time Nelson Mandela was released from an isolated jail at South Africa’s Robben Island.

Without any doubt, Ramaphosa has been in the mainstream of the politics of national liberation and economic empowerment of the indigenous African populations and the so designated ‘colored’ peoples of South Africa.

It is important to note that he was the lead negotiator for Nelson Mandela's African National Congress (ANC) during the transition from apartheid to the multi ethnic democratic South Africa. He was one of the architects of the first election in April 1994 which led up to the emergence of Mandela as the first post-apartheid South Africa President.

Also, his influence grew in the 1990s from his being the leader and mastermind of what was — at the time — South Africa’s most powerful trade union, the National Union of Mineworkers (NUM).

Mandela privately indicated to his confidantes that Cyril would be a worthy, likely, future president….

Apparently, Ramaphosa knew his time would come, much later, he chose to operate primarily within the lanes of financial and economic clout.

Regardless, he kept a very diligent focus on the activities and leadership dynamics of the African National Congress (ANC) — as chronicled in my 2022 book titled MLK, Mandela and Achebe: Power Leadership & Identity. MLKMandelaAchebe.com

Ramaphosa was born on November 17, 1952. On December 18, 2017, he was elected President of one of the oldest political parties and liberation movements in Africa. The rest, as they say, is history….

A few years afterwards, with a mix of valuable investments, expansion of opportunities for Blacks and strategies partnerships, Comrade Ramaphosa turned out to become a very successful and wealthy business executive. He has also served as chairman of the board of the information, telecommunications and financial services company, MTN; among others. USAfrica and USAfricaonline.com News Index 2021 on Ramaphosa indicate he is worth, at least R7 billion South African Rand (US $500 million).

Recall that on July 9, 2021, in my weekly column on this platform, I wrote a commentary titled “Zuma’s woes and waste of Mandela's legacy.” It focused on what happened on July 7, 2021, whereby South Africa’s former President Jacob Zuma — the 79-year old grandfather and (former) freedom — handed himself to the police at a correctional services facility (prison)….

Fact is that the failures of the ANC has been devastating; causing it to lose elections/seats which millions of people thought were ‘safe seats’ for the ANC. No; not anymore!

My point remains that It’s sad but true that some of the notorious financial criminals who are making living difficult for those deprived peoples of South Africa rose to power under the umbrella of the ANC, the countless abuse of the rights of both the citizens of South Africa and especially the seasonal violence and xenophobia visited upon other African residents and migrant workers in different parts of the richly blessed country!

Seriously, I think he wants to, realistically, enhance the clout of South Africa and optimize its position as an influential power player and potential leader across the continent. But he hast to get his national domestic environment right, first.

*Dr. Chido Nwangwu, author of the 2022 book, MLK, Mandela & Achebe: Power, Leadership and Identity, serves as Founder & Publisher of the first African-owned, U.S-based newspaper on the internet, USAfricaonline.com, USAfrica magazine; established USAfrica in 1992 in Houston. He has appeared as an analyst on CNN, SABC, SKYnews; and served as an adviser on Africa business to Houston’s former Mayor Lee Brown. @Chido247