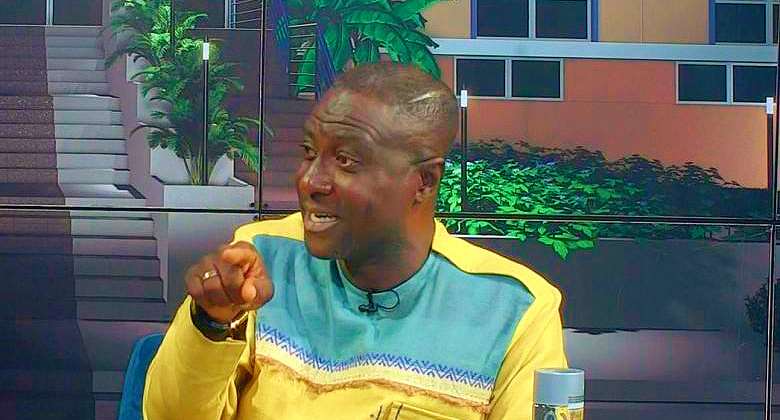 The host of Onua TV, Captain Smart
Many people, including politicians, can't stand criticism because it causes them a lot of pain every time, even though they are not doing the right thing.

Captain Smart, the host of Onua TV- FM morning show, according to ModernGhana publication on December 2, 2021, was arrested by the Ghana police for making a statement said to be a threat to national security.

We have witnessed many statements by politicians, including that of Lord Commey, which was a threat to National security, yet no one got him arrested.

According to Commey, the former Ghanaian leader, the late John Jerry Rawlings said, “Hand over power to whom?” In other words, the NPP is not ready to hand over power even if the party loses the elections.

In a time that the common Ghanaians are finding life very hard, facing a high rate of youth unemployment, such comments from Commey can lead to a provocation that can cause political unrest, surprisingly, the so-called law didn’t query him about that.

So now, the Ghana police want to tell Ghanaians that they are doing a good job, therefore, the need to arrest Captain Smart is necessary for allegedly inciting the Ghana Armed Forces against Members of Parliament.

The truth is that some Ghanaian politicians want to silence Captain Smart. If the pen is mightier than the sword, then a powerful fearless journalist will always remain a threat to politicians.

Corrupt Ghanaian politicians don't do the right thing, yet wouldn’t like anyone to criticize them. If they can't stand you, they will do everything possible to silence you. This is one of the reasons Ahmed Hussein-Suale was killed.

Since Captain Smart, keeps exposing the corruptible deals, financial embezzlement, reckless spending, and many others affecting the country, he has now become a target to those who hate him.

A couple of years ago, when the editor of the ModernGhana news allowed me to join the columnists, even though I am not a political analyst, I quickly realized that Nana Akufo Addo’s lifestyle, arrogance, and leadership, will ruin the economy and if care is not taken Ghana may face many difficulties, including the threat of hunger.

This is exactly what has happened today. Readers will agree with me that I am the only writer among the columnists who had it very rough, with hate and insults than any of the columnists because of the probing tones of my articles.

That’s when I started deleting the insults and concerned readers asked the editor why Joel Savage is deleting comments? I wasn’t deleting comments, they were insults, some spreading to my mother and father resting peacefully in their graves.

The majority of Ghanaians hate the truth. They will always attack you for criticizing someone because either they are party supporters or related to a politician. Many writers who can’t stand this have to quit.

If you are very observant, one can see that the number of columnists for Modern Ghana news has reduced. It is because of this harassment and insults preventing them to share their opinions with the general public.

Anas Aremeyaw Anas faced similar problems to what Captain Smart is facing today, therefore, I knew this may likely affect Anas to be inactive.

This is one of the reasons on December 6, 2019, I wrote ‘Be Strong And Stand Firm, Anas Aremeyaw Anas’ for ModernGhana news. Meanwhile, in America, Kevin Taylor is also having his share of verbal attacks, for trying to make things better for the common Ghanaian.

They want to do the same to Captain Smart, unfortunately, Smart is someone people can't intimidate or silence. He has said many times that “Everyone will shut up, I will not shut up.”

I don’t know Captain Smart and I have never met him before but I respect him for what he does and other Ghanaian journalists that continue to risk their lives for our country, Ghana, just to make things better for the common people.

Ghana is a corrupt country with merciless leaders that need hard critics to change their wicked ways, to stop making the lives of the common Ghanaians a living hell. What is going on in Ghana currently that the government calls it politics is a disgrace. This is not politics but a total failure.

The reality is that these hardships the common Ghanaians are facing are just the tip of the iceberg, whether the budget has been approved or not it is not going to help Ghana.

Because the country is under a government that likes to change the names of already built institutions, doesn’t know how to create jobs, is very good at cutting sods without a single completed project, and above all, a specialist in incurring debts without knowing what the money is used for.

These are some of the reasons no one can keep Captain Smart quiet. It’s a waste of time if you want to change Captain Smart. Ghanaian politicians who don’t want to be criticized, must stop the corruption and do the right thing.

More Feature Article
ModernGhana Links
Seeking positions or ranks in the body of the church
How We Are Dying Because Of Eating
Social Democrats
The E-Levy Policy; Everything You Should Know
The Parable Of The Sod Cutter
The Leader Ghana Does Not Deserve
Double standards please easy minds
We need a ‘new Ghanaian’ to cross over new precipices we face as a nation
When a country destroys itself slavery comes to life
TOP STORIES