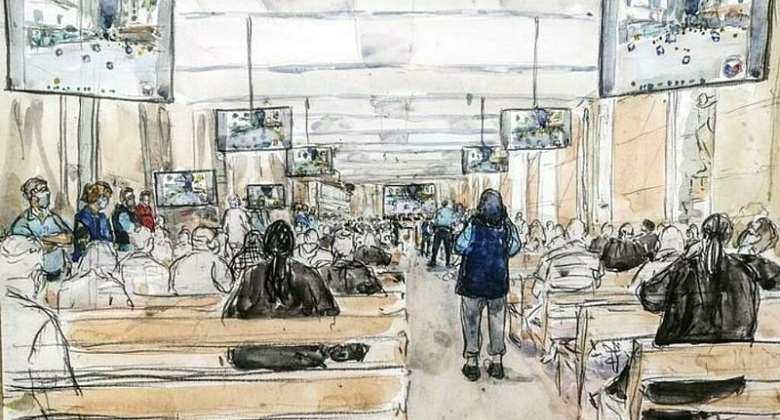 If there is no doubt about the central part played in the November 2015 Paris terrorist attacks by Oussama Atar, the role of his brother, Yassine, remains much less clear. On Friday, a Belgian police officer presented as much evidence against Yassine Atar as she and her colleagues have been able to collect.

Nothing about the case of Yassine Atar is simple.
He claims to have abandoned all contact with his brother, Oussama, more than two decades ago. Yet analysis of phone and computer accounts suggest that the pair remained in touch, notably through coded SMS messages passed on by their sister Iman.

When Oussama Atar was imprisoned by the Americans in Iraq for his part in the islamist war against the US invaders, it was Yassine who travelled to Baghdad in an unsuccessful effort to visit him.

Yassine was a vocal part of the 2010 campaign to have Oussama freed.

Amnesty and the US Embassy
That campaign attracted the written support of the US ambassador to Brussels, Howard Gutman, and the active involvement of several left-leaning and Green Belgian MPs. The international rights organisation Amnesty International campaigned for Oussama Atar to be given access to proper medical treatment.

He was finally freed and returned to Belgium in 2012.

Oussama Atar went back to Syria the following year and took charge of overseas operations for the Islamic State terrorist group. He is known to have masterminded the Paris attacks in 2015, and is believed to have died in a coalition airstrike in 2017.

His brother, meanwhile, was living in the Brussels suburb of Anderlecht, selling second-hand cars and trying to import narcotics from Morocco.

A friend described Yassine prior to 2012 as a small-time drug dealer who liked big cars, nice clothes and pretty girls.

Normal, moderate Islam
Yassine Atar began to show an increased interest in his Muslim background after his brother's return from Iraq.

He insists that he was never more than a "normal, moderate supporter of Islam . . . daily prayers, visits to the mosque, respect for the fasting season of Ramadan".

He repeatedly told Belgian investigators that he was completely against jihadist attacks.

However, files reconstituted from computers and USB memory keys confiscated by the police suggest a different story.

Atar sent SMS messages to one of his sisters telling her to beat her children, aged 5 and 10, if they did not respect the obligation to pray five times each day. He warned against the evils of wearing make-up. He told his sisters to speak Arabic, not French, to their children. He refused to allow his wife go to the municipal swimming pool, in case she would be seen naked "by those unbelieving dogs" on the security cameras.

He frequently visited websites associated with radical Islam, including one run by the salafist organisation, Sharia for Belgium. Atar claims that the computers were bought second-hand and that the suspect site addresses found in the memories had been accessed by earlier users.

Crucially, telephone records show that Yassine Atar was in frequent contact in early 2016 with his cousins, the El Bakraoui brothers, both of whom died in the Brussels terrorist attacks in March of that year.

He is suspected of having driven Ibrahim El Bakraoui to Paris Charles de Gaulle airport as Bakraoui attempted to reach the Syrian war zone.

A working hypothesis is not evidence
As one of Atar's defence lawyers pointed out on Friday, much of the evidence against his client is based on assumptions made by Belgian investigators, working hypotheses which, by the time they reached the Paris police, had hardened into "facts".

The policewoman testifying from Brussels admitted that, for some of the details of her evidence, this was indeed the case, notably concerning phone calls of which nothing is known of the content.

"And when one has no idea what was said," continued defence lawyer Raphaël Kempf, "one has the right to make whatever assumptions one likes?"

There was silence from Brussels.
"Thank you," continued the young lawyer with heavy irony. "It's better when these things are clearly said out loud."