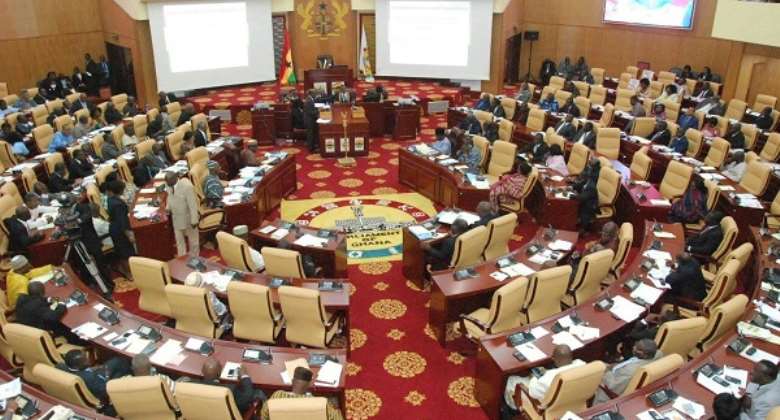 Games are normal. Some games are fun, others educational. The game of chess, for example, requires a master plan of thoughts exhibited through extraordinarily calculated stages of focus, to predict not only the moves of the person playing, but his opponent. On a chessboard, turns are taken, one plays first, then the other. The aim, planted on the desire to win, is to outsmart and outwit each other for the price: sometimes in cash, other times in claps. A chessboard and inanimate, or lifeless, chess are the objects of the game. None suffers, but the chessmen win albeit others lose. It brings joy or pain, not to the played, but the players.

Then, there is politics. The game of politics. Ordinarily, politics, they say, is a serious decider of human coexistence. This I agree, because it involves lives, fates and destinies. This is not just any destinies, but the destinies of the played, and that of the generations yet unborn including, even, the generations of the players. In politics, the played are blind. They see nothing, except that which the players show them. Sometimes, they hear from the grapevine through the media. I refer to the media as the grapevine because even though they speak, or are presumed to speak, truth devoid of political lenses, the content of what they publish or speak are either accepted or denied depending on whom they publish about. A damaging publication about the government, albeit true, will be rejected as untruths and deliberate attempt to drag the name, and good works- as “footsoldiers” will call it, through the mud.

Ghana politics is fun, I can assure you. It is exhilarating for the players and the supporters thereof. Unfortunately, the played are left choiceless. Their choice lies in who to play them next. A choice only exercisable periodically, mostly four years. Thereafter, it is goodbye for them. The players exchange positions, opposition or in-power, and the cycle swings in motion.

There have been several commotions within the public space in Ghana. From prices of commodities, inflations, fuel, dumsor in the Ashanti region, and then there is the recent brouhaha that engulfed parliament. A tug of war, perhaps. This tug of war was birthed out of the 2022 budget presented to parliament by the Honourable Minister of Finance, in accordance with law, to be approved or otherwise.

This article takes a look at the issues surrounding the incident in parliament which has become the talk of many, a drama of an interesting kind. For purposes of clarity, we shall look at summaries of the respective positions taken by the two divides of parliament, the minority and majority. We shall further look at how these issues affect the ordinary kenkey seller at Mamobi, the primary school teacher at Bomfah, the businessman from Kwahu, the tailor at Kyekyewere, the groundnut paste seller at Ofinso and even the shoemaker at Sandema- the ordinary people of Ghana generally.

Position of the Minority:

The position of the minority is clear. They believe the budget, as it was presented to parliament, smells of doom. It is a package of woes presented as a camouflage to mislead parliament to approve. The minority believe the government is on the mission to oppress the people. This oppression, they believe, is a product of the reckless borrowing and expenditure which has gravely injured our economy. To the minority in parliament, the government does not want to be held responsible and accountable for their sins. The minority believes that the NPP government captured power through lies and deceit and has continued to peddle the canoe of lies for well over four years of their administration. The contents of the budget do not taste nice. They are bitter. Worst of the contents, as the minority's reactions show, are the e-levy and the rebranded "Agyapa" deal that have been smuggled into the budget.

The argument seems to suggest that the minority is not willing to soil their hands in this insensitive mission by the government to create economic chaos in the lives of the ordinary Ghanaians. They are/were therefore willing to use the only viable option available to them- resistance.

Conduct of the Minority:

In furtherance of their decision to resist the approval of the budget, the minority MPs, all 137 of them, stormed parliament in their numbers on Friday, 26th November, 2021. With a composition of their 137 members of parliament, they rejected the budget after the majority Members of Parliament walked out. The minority says even though they were not up to the constitutionally mandated quorum of at least 138, they were right in rejecting the budget.

The Honourable Speaker of Parliament has explained that indeed the minority were 137 in number, less than the required 138, being at least half of the members of parliament. The Speaker says however that he sighted a member of parliament from the majority side inside the house at the time of voting. He explains further that the presence of that member of parliament brought legitimacy and constitutionality to the business conducted in parliament that day, to wit, the rejection of the budget.

The Speaker of parliament after this budget refusal had to travel outside the jurisdiction to seek medical review.

Position of the Majority

The position of the majority is also transparent. They say that upon careful review of the budget as presented to parliament by the Minister of Finance, they could not have agreed with the budget more. The budget is full of hope. At the centre of the budget, the majority sees the future of Ghana. The budget, in the worlds of Hon. Abu Jinapor, the MP for Damongo, is a budget for the youth. The budget speaks the language of progressiveness and is evident of the visionary leadership of the current NPP government. To them, it seems the concerns raised about the budget are not just bloated but most worryingly misplaced.

They see the exercise of the minority in rejecting the budget as a boisterous exercise of infantile acrobatics. Not only was the parliamentary proceedings by which the minority sought to reject the budget unconstitutional, the majority sees the exercise as one in futility with the decisions arising thereunder being dead on arrival. The majority vowed to correct the unconstitutionality by voting again, this time properly, on the budget at the next sitting of parliament.

Conduct of the Majority

True to their words, on 30th November, 2021, when parliament reconvened for its usual business, things got heated. The 1st deputy speaker took charge of the house in the stead of the Speaker in accordance with the Constitution. Much to the disapproval of the minority, the earlier rejection of the budget was nullified. Consequently, parliament had to re-vote on the budget either to approve or reject it. This time again, there was a walk-out. This was not a walk out by the majority.

It was, rather, the minority that did. All 138 members of parliament from the NPP voted "aye" in approval of the budget. The majority sought to, and indeed did, restore constitutional order to the house. A perfect quorum of 138 members present, and a perfect unanimous approval in accordance with Article 104 (2) of the 4th Republican Constitution of Ghana. There is more chaos and disagreement even after.

The minority and like-minded Ghanaians believe that even granted that the majority purportedly did the right thing, their conducts were also unconstitutional in fact. The minority says that one of the members of parliament from the majority divide was absent from the house. Hon. Adwoa Sarfo was absent, they say. The minority still argue that even though a woman appeared in parliament purporting to be the said Adwoa Sarfo, the same could not be true because there was a glaring dichotomy and dissimilarity between the woman who appeared as Adwoa Sarfo, and Adwoa Sarfo herself. Pictures and features have been compared. And the drama, more of it, continues to gain roots.

In the meantime, what is the fate of Ghanaians? Those in whose name, and for whose interests Government power ought to be exercised?

Ghanaians feel tense. They want to know what to believe, and what not to. What is a fallacy, and what is a reality. The perceptions and misconceptions surrounding the 2022 budget are louder than they people can fathom. The people of Ghana are not so concerned about legitimacy and constitutionality. They want to survive, just as they have always wanted to. In doing so, and in hoping so, they desire an environment that is safe for their survival. They do not want a system too political to milk them of their happiness, nor do they want an economy too fragile to take away their daily bread.

It is quite unfortunate that the paid representatives of the people will engage in anything chaotic just to propagate their approvals and disapprovals. It is completely out of place for either of the political divides to walk out on parliament, and consequently the people, when such an important and crucial motion rests on the floor of parliament. The motion for the approval or otherwise of the budget wasn't a political motion. It was, instead, a national motion. A motion on which hangs the progress or retrogress of the nation. The heart of the country's economy for the year 2022 rests on the budget. None was right, and all were wrong.

The unnecessary waste of time on 30th November, 2021 to nullify the Illegality that took place on 26th November 2021 could've been better resolved if the majority had not walked out on parliament. It would've resolved the impasse if parliament had conducted their work in accordance with law and procedure.

It can be understood, after recent information, that the majority might have walked out on parliament on strategic grounds. It has been said that on the 26th of November, one member of parliament from the majority side was absent from the jurisdiction, leaving the majority with 137 of its members present. Had the majority stayed and voted, there could have been a tie.

Let it be wiped out of our memories, and even the history books, that there ever were days, 26th November 2021 and 30th November 2021, where the two major political parties betrayed Ghana to propagate their beliefs. The beliefs might have accorded with the whims and caprices of the political parties, but was it in the interest of Ghana? If ever there is a day, or even a moment, when a difficult decision has to be made, let it be, first, in the interest of the nation as a whole. Admittedly, political interests can never be wiped out of the discussions and considerations. We can, however, relegate those interests to a secondary role and elevate the interest of the people to a primary one. It is by this, that the country can become as great as we wish it to be.