WHO says no Omicron deaths yet, as variant spreads worldwide 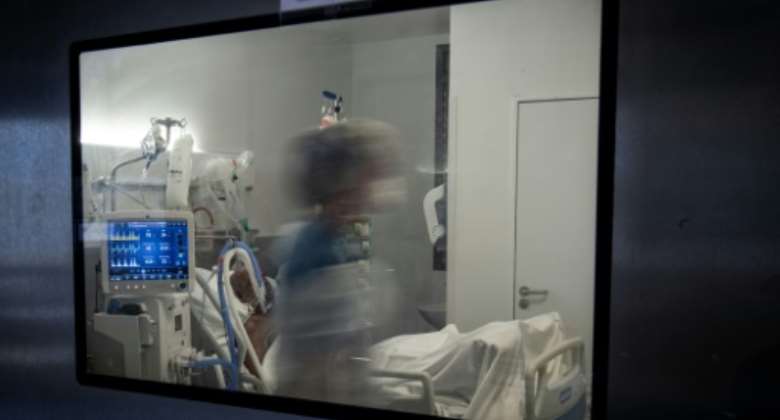 The Omicron variant has been detected in 38 countries but no deaths have yet been reported, the WHO said on Friday, as authorities worldwide rushed to stem the spread of the heavily mutated Covid-19 strain.

The United States and Australia became the latest countries to confirm their first locally transmitted cases of the variant, as the number of Omicron infections from a Christmas party in Norway rose to 13.

The World Health Organization has warned it could take weeks to determine how infectious the variant is, whether it causes more severe illness and how effective current treatments and vaccines are against it.

"We're going to get the answers that everybody out there needs," WHO emergencies director Michael Ryan said.

The WHO said on Friday it had still not seen any reports of deaths related to Omicron, but the new variant's spread has cast recovery into doubt and led to warnings that it could cause more than half of Europe's Covid cases in the next few months.

A preliminary study by researchers in South Africa, where the new variant was first reported on November 24, suggests the strain is three times more likely to cause reinfections compared to the Delta or Beta strains.

Global death toll and coronavirus cases as of December 3 at 1100 GMT, based on AFP tallies. By Simon MALFATTO (AFP)

Doctors said there had been a spike in the number of children under five admitted to hospital since Omicron emerged, but stressed it was too early to know if young children were particularly susceptible.

In the United States, two cases involved residents with no recent international travel history -- showing that Omicron is already circulating inside the country.

"This is a case of community spread," the Hawaii Health Department confirmed.

US President Joe Biden on Thursday unveiled his plans to battle Covid-19 during the winter, with new testing requirements for travellers and a surge in vaccination efforts.

'Kick in the nuts'

All incoming travellers will need to test negative within a day of their flights, and rapid tests that currently cost $25 will be covered by insurance and distributed free to the uninsured.

Australia on Friday reported three students had tested positive for the variant.

The cases, detected in the country's largest city of Sydney, come despite a sweeping ban on non-citizens entering the country and restrictions on flights from southern Africa, with multiple countries rushing to limit travel from the region in the last week.

"It's quite a kick in the nuts," said Sabine Stam, who runs a South African tour company and whose customers are demanding refunds for the peak December season. "Everyone is too scared to set a new travel date," she told AFP.

In Norway, officials said at least 13 people who contracted Covid-19 after an office Christmas party in the capital Oslo last week were confirmed as having the Omicron variant.

All of those who have tested positive have so far only had mild symptoms, such as headaches, sore throats and coughs, city health official Tine Ravlo told AFP.

But the Norwegian government ushered in a slew of restrictions in greater Oslo after fears of the cluster first surfaced.

The variant's detection and spread represent a major challenge to efforts to end the pandemic.

Australia has a sweeping ban on non-citizens entering the country and restrictions on flights from southern Africa. By William WEST (AFP/File)

Belgian authorities said on Friday that primary schools would close a week early for the Christmas holidays.

Germany had already announced its regional leaders had agreed new measures including a ban on fireworks at new year parties to discourage large gatherings.

In the UK, various government ministers have been expressing diverging opinions, not only on the idea of hosting Christmas parties, but also on the kind of conduct deemed acceptable.

"For what it's worth, I don't think there should be much snogging under the mistletoe," said one minister, Therese Coffey.

A Conflict Analysis Of How Democracies And Constitutions Die...
2 hours ago