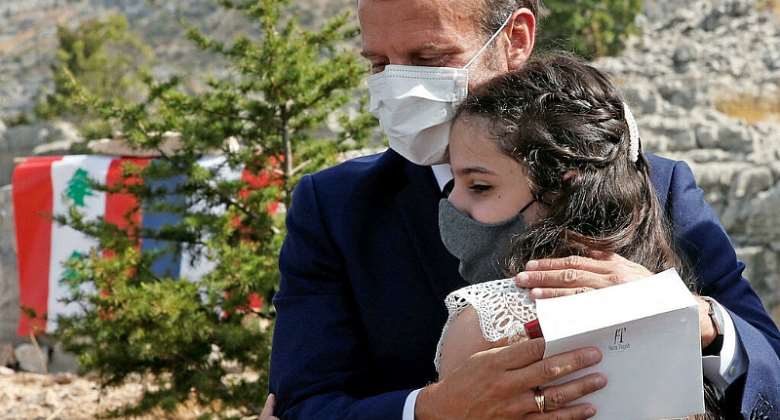 France's special interest in the Middle East is defined by crucial security interests, trade and cultural and social exchanges. Over the last decade, Paris has become increasingly active across the region, working to support control of Iran's nuclear programme and mediate the ongoing conflict in Lebanon.

France is nearly always there. It sent troops to fight the Islamic State, and got itself mixed up in the Libya conflict. As it increased cooperation with Egypt and the UAE, it went at loggerheads with president Recep Tayyip Erdogan over Turkey's ambitions in the Eastern Mediterranean.

Why? Because ties with the core players in the Gulf – Saudi Arabia, the UAE and Qatar – are key to France's Middle East strategy.

Lebanon became a French protectorate after the First World War, rather than a French colony. But French influence in the country, which predated the mandate, remains strong. It stems from close ties with Maronites, who are Eastern Catholics.

The French President visited Beirut twice after the massive explosion that all but destroyed the port of the city and he hosted an international conference to help the country, raising $370 million.

Paris sent troops to Syria, another former French protectorate, which borders Iraq, when the Islamic State insurgency reared its head. When the US announced a pullout of its troops from Syria in 2019, France, with some 200 special forces on the ground found itself to be the largest Western power with an army presence in that country.

France's relationship with Turkey has echos of ancient rivalry between the French and Ottoman empires.

In the past couple of years, France clashed with Turkey over Ankara's ambitions to win gas in the Eastern Mediterranean, reaching a point that Paris sent warships to perform joint navy exercises with Cyprus, Greece and Italy in a show of force to deter President Erdogan.

He and Macron also clashed over the role of Islam and Turkey's invasion of North-East Syria in 2019, which Macron opposed.

In March 2018, Qatar purchased another 12 Dassault Rafale fighter jets. The first five planes arrived at the day that Qatar marked two years since an economic and diplomatic blockade by other Gulf Cooperation Countries, a conflict that France helped diffusing.

The UAE is home to France's only military base in the Gulf, the "Camp de la Paix," in Abu Dhabi, inaugurated by then French President Nicolas Sarkozy in 2009.

The camp, that was created at the request of UAE authorities, consists of a naval base, an air base and an land base. Some 250 people are working on the premises. It is the first military base that France created outside its national territory in 50 years.

France was also involved of the creation, in 2017, of the 12 gallery, 1 billion Euro Louvre Abu Dhabi - one of its kind in the Middle East.

France is one of the biggest arms sellers to Saudi Arabia, after the US and the UK. In 2015, Saudi Arabia and France signed $12 billion of deals, including 23 Airbus H145 helicopters worth $500 million.

Following concerns that French arms sold to Saudi Arabia and the UAE were being used against civilians in Yemen, the Foreign Affairs Committee of the French parliament in December 2018 created a fact-finding mission on arms export control.

Headed by MPs Michèle Tabarot and Jacques Maire it probed Saudi use of French weapons in the war in Yemen, and was first revealed to the public by the investigative website Disclose in a report called “Made in France".

Ties between France and Iran are marred by continuous mutual suspicion. While Paris gave refuge to the exiled Ayatollah Khomeini before he went back to Iran to stage the Islamic Revolution in 1979, toppling the Shah, one of the current regime's most outspoken opposition groups in exile, the Mujaheddin-e-Khalq is based near Paris today.

While France was against US President Donald Trump walking away from the JCPoA in 2018, Macron remains critical of the regime in Tehran. The perceived "Iran threat" - Iran's suspected nuclear weapons program - will be one of the topics of discussion when Macron meets Saudi leaders on Saturday.